Tindall resigned his city post in 2013 upon request of the mayor and council. Tindall was subsequently the subject of an ethics complaint regarding his purported conflict of interest between his work for IceArizona and his Glendale post. He was still receiving city severance pay at the time IceArizona hired him. The complaint was filed by former city councilmember Phil Lieberman.[13]

When Tindall resigned from the City of Glendale, a press release announced that he joined the well-known[14] Phoenix law firm Fennemore Craig. However, that firm’s website has no mention of Tindall. 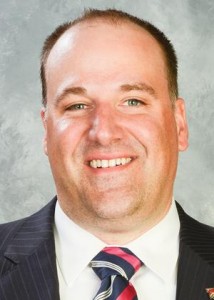 I’ve seen a lot of wailing and gnashing of teeth from rabid Coyote fans about this action. However, not one has addressed the ethics issue. Ironically, the Arizona Republic quotes:

Coyotes President Anthony LeBlanc called the city’s action political grandstanding and said it is “not ethical in the court of public opinion.”

There’s nothing quite like getting a lecture on ethics from a rich guy who doesn’t have any!

The Republic closed today’s coverage of this story with,

Glendale still has not released its audit of the Coyotes’ 2013-14 season a year after it notified the team that it would exercise its option to evaluate the team’s financial results. The team blamed a delay in providing information to the city on the ownership change at the end of 2014, when Andrew Barroway became the majority owner.

City losses for hockey and concerts at Gila River Arena through April were more than $6.3 million, up nearly 14 percent from a year earlier. The city lost $8.1 million on its investment in the team for the 2013-14 fiscal year and expects that to grow.

UPDATE: The ethics complaint against Tindall was dismissed in July 2014 with this comment from AZ State Bar counsel Hunter Perlmeter:

“After our investigation of this matter we have decided to dismiss the allegations because this is not clear and convincing evidence of an ethical violation.”

However, the Arizona Republic says that on September 20th 2013 Tindall interacted with the City of Glendale on behalf of IceArizona while still on both payrolls.

Quote of the Day: The Lie as a Pillar

Too Close to Call