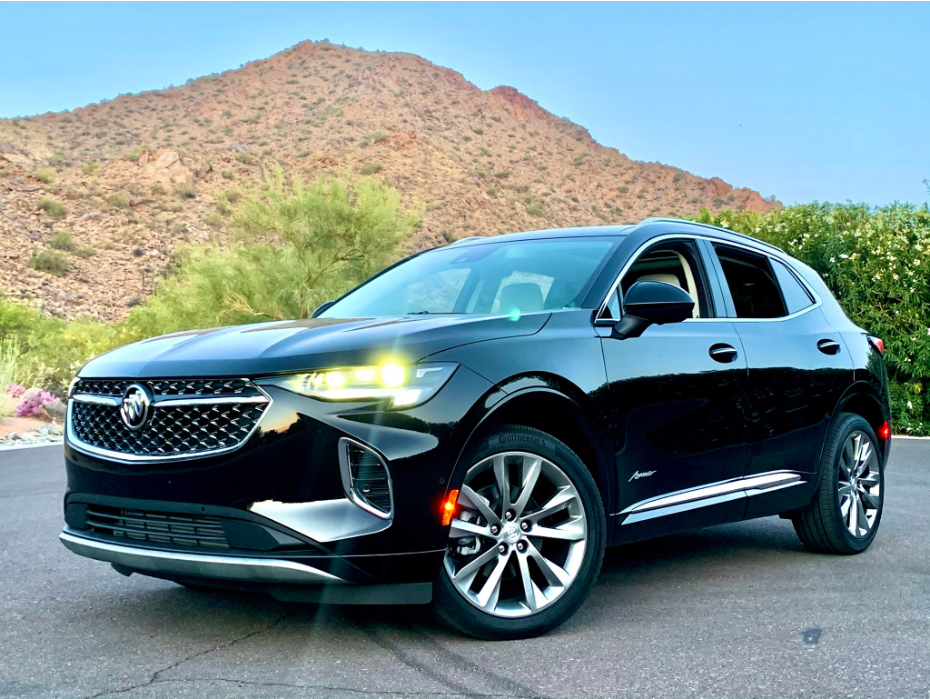 It has been a while since our last vehicle review, and this vehicle–the 2021 Buick Envision–is a little more sophisticated than those which normally take us to the trailhead.

I’ve been impressed with Buick’s styling of late. Their exterior design manager, Christine Cheng, is featured prominently in marketing materials for the Envision, and I appreciate the work done by her team.

Unlike the garish offerings from, for example, competitor BMW with their enormous grilles, the Envision is a much more elegant design. That elegance extends to the interior, as well.

I won’t rehash the infotainment system and driver assistance features that are largely similar to those of the Envision’s siblings from General Motors. But those systems are helpful and mostly intuitive. We only had to consult the owner’s manual once, though a full appreciation might take an hour of time in the driveway. 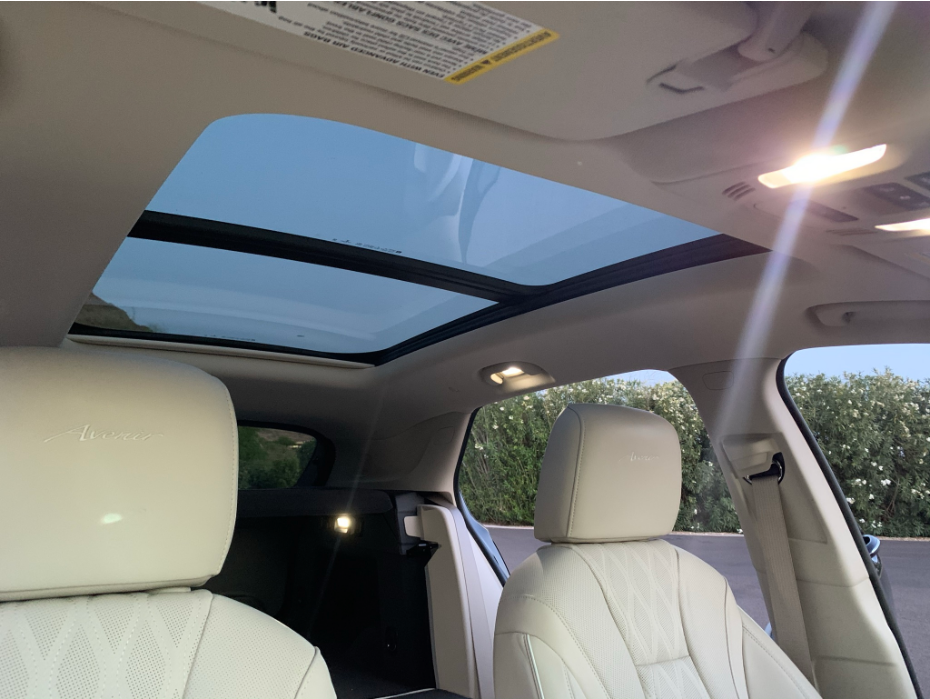 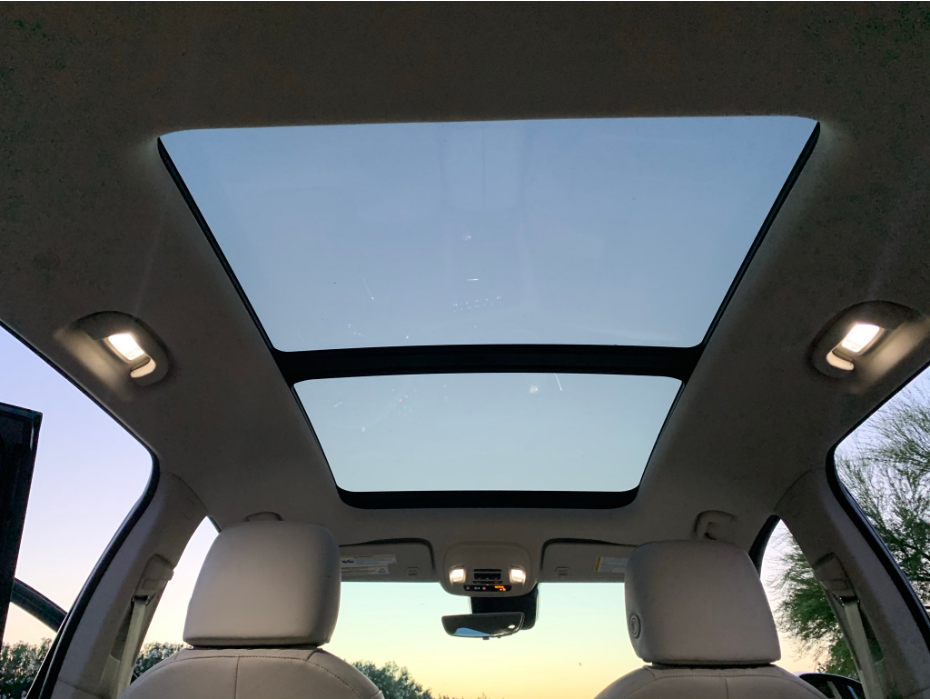 Standout design features include the enormous moonroof on our top-level “Avenir”-trim Envision, and the relatively large volume revealed by the easy-folding rear seats. 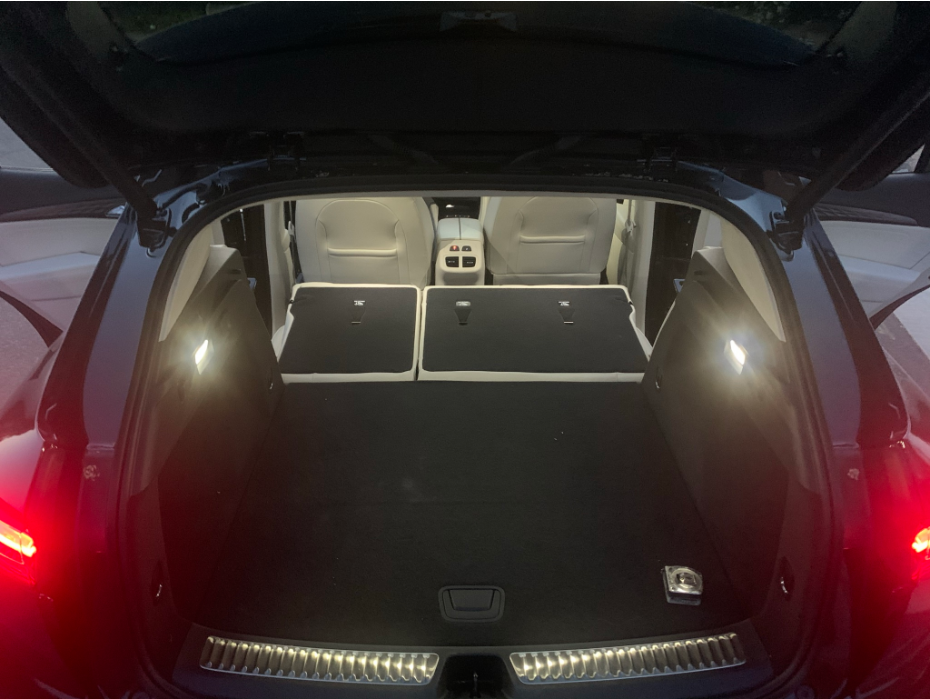 With strategically placed padding over the rear foot wells, a six-footer could easily stretch out and wait for twilight to start an early morning hike, and/or enjoy some post-hike pondering of the sunrise. 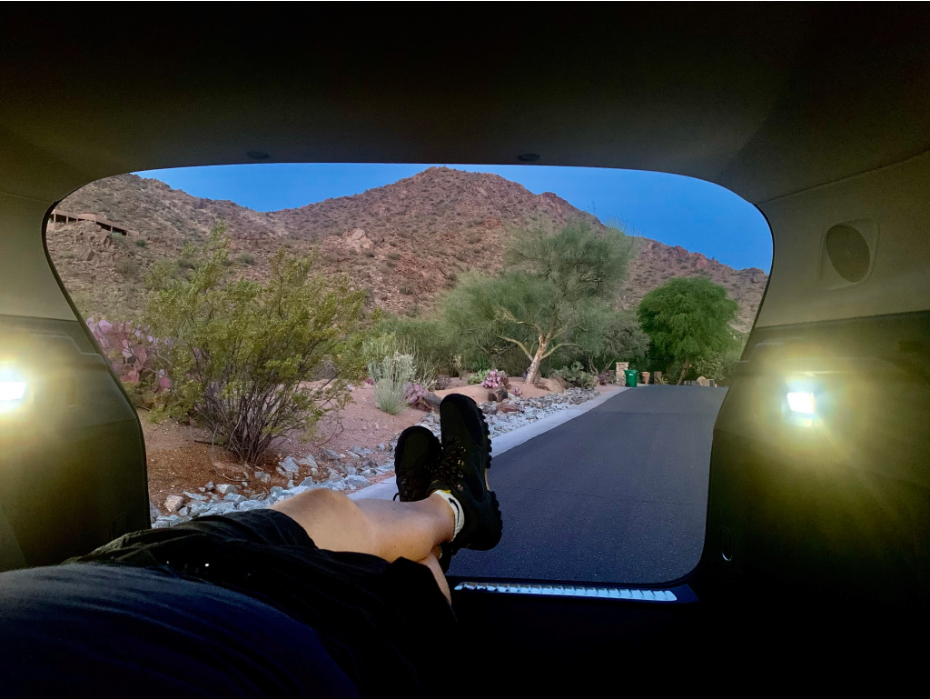 It would also easily accommodate a couple of bicycles with the front wheels removed.

Of course, that’s probably not what the design team had in mind. So we should also say that Envision performs grocery-getting and teenager transportation functions in fine style.

The power train deserves a nod, too. The numbers on the spec sheet aren’t eye-popping. But after a little spirited driving on the road, we had to pop the hood to verify that a modest four-cylinder engine resides beneath. Its turbocharger was seamless and quiet, and the combination does a nice job of delivering surprising performance along with good fuel economy.

Other notable features include great lighting (both interior and exterior), and a superb climate control system. The ride on the wagon trails we call streets here in infrastructure-neglected Scottsdale was  smooth, thanks to the body stiffness and well-tuned suspension of the Envision.

The door stays are a bit firm, which was initially challenging for our more petite crew members. But the tradeoff is for better performance when parked on any kind of slope.

Overall, the Envision is a nice-looking vehicle, with good performance, at a good price. 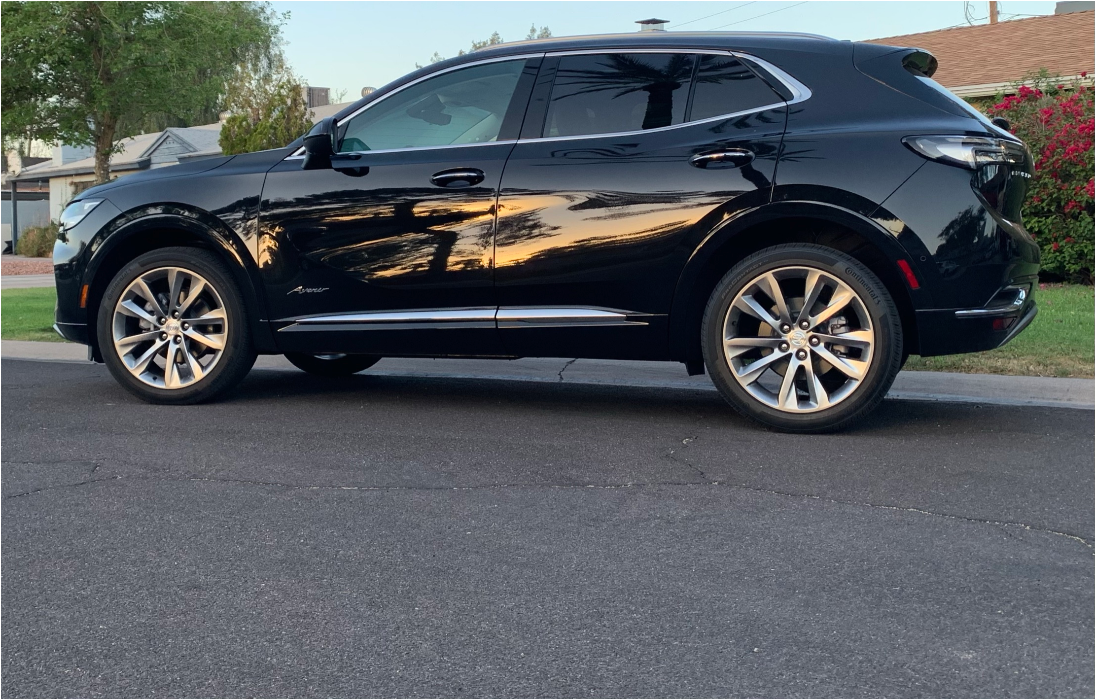 Specifications and other information are available on the Buick Envision website.