I was cycling in North Tempe yesterday along an unusually narrow stretch of sidewalk along the west side of Mill Avenue north of Curry Road.

I noticed a stamp in the concrete at the end of the more narrow section, as I was about to transition onto a wider, more modern bit of sidewalk, 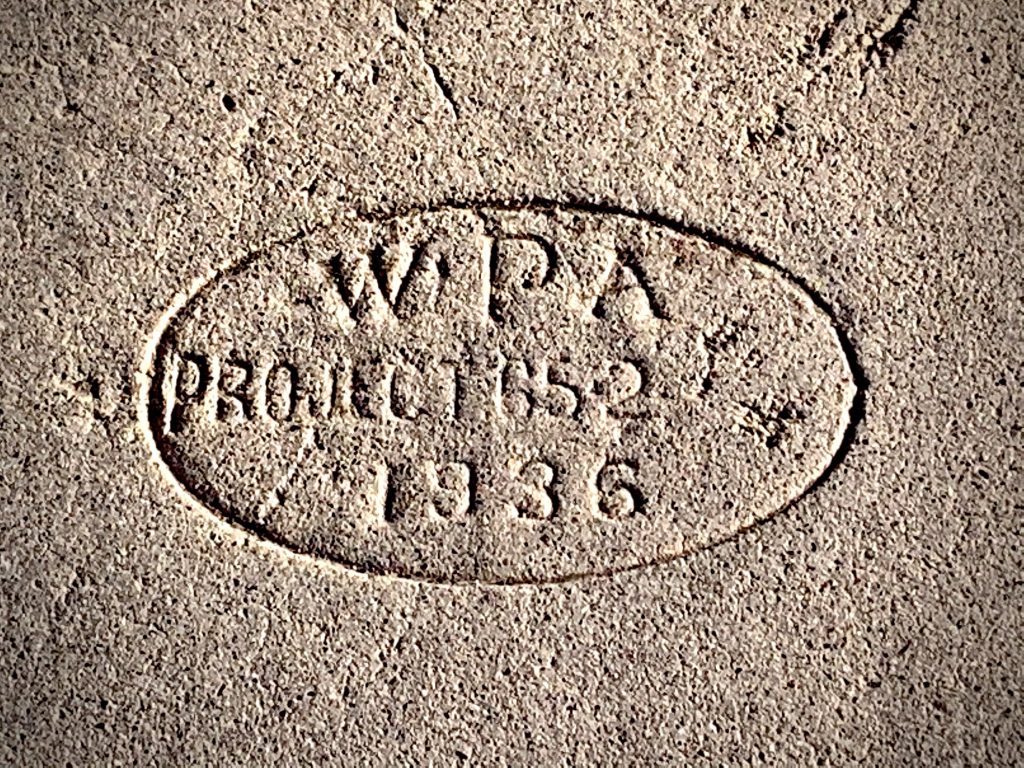 It has obviously held up well, considering this sidewalk is apparently 85 years old!

“WPA” stands for “Works Progress Administration.” WPA was a federal program instituted in 1935 during the Great Depression, in the period after “The Great War” (aka, WWI), and ending before the hostilities that would become WWII.

WPA employed millions of mostly-unskilled, out-of-work American men and women in public works projects. These included small projects like this Tempe sidewalk, streets and roads, public buildings, parks and other public recreation facilities, and public libraries. They ranged up to really big projects, like major highways, airports, and the Tennessee Valley Authority, the dams of which tamed the South’s periodically-wild rivers, and electrified a broad swath of the South.

I was not aware until yesterday, that WPA also encompassed significant programs for employing writers, artists, musicians, historians, and archaeologists.

A couple of notable outgrowths among many from those efforts include the Slave Narratives, and the rediscovery of pre-Columbian Native American cultures.

I also did not know that the federal Hatch Act, which has been discussed a lot in the last few years, was passed to prevent politicization of the WPA to the benefit of the Franklin D. Roosevelt administration.

And, in my humble opinion, the economic contributions and skill building brought about by the WPA laid the groundwork for the US war effort, as Germany invaded Poland only three years after this Tempe sidewalk was poured.

Who’s to Blame for Prism