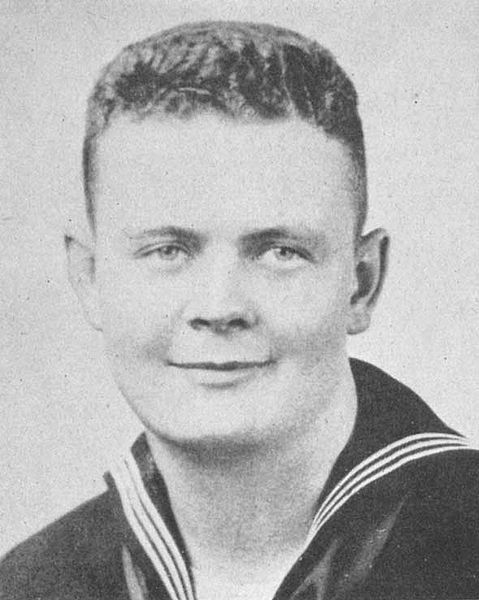 While recently in my hometown of Columbia, Tennessee, I crossed the Duck River several times via the “John Harlan Willis Memorial Bridge.”

Growing up in Maury County, but at the time lacking interest in the naming of such things, I had crossed this span hundreds of times without ever giving it much thought.

On this trip, however, curiosity finally led me to understand its importance. 75 years ago, sailor John Harlan Willis took action under fire for which he would be posthumously awarded the Medal of Honor–our nation’s highest military decoration–on a tiny volcanic island in the Pacific Ocean, 7000 miles away from the rolling green hills of his Middle Tennessee home. Willis is the only military service member from Maury County to have received the Medal of Honor.

The battle for that island, Iwo Jima, is now legendary, part of the proud history of the United States Marine Corps. I’ve written about it in these pages several times. But Willis was not a Marine.

You see, as a branch alongside the US Navy within the Department of the Navy, the USMC’s medical support is provided by its larger, sister branch.

At the platoon-level, a sailor from the Navy’s medical corps attends to the health of the Marines on the ground. In situations requiring medical attention where a soldier might cry out, “Medic!” a Marine calls instead for a “Corpsman!”

From his Medal of Honor citation:

Willis resolutely administered first aid to the many marines wounded during the furious close-in fighting until he himself was struck by shrapnel and was ordered back to the battle-aid station. Without waiting for official medical release, he quickly returned to his company and, during a savage hand-to-hand enemy counterattack, daringly advanced to the extreme frontlines under mortar and sniper fire to aid a marine lying wounded in a shellhole. Completely unmindful of his own danger as the Japanese intensified their attack, Willis calmly continued to administer blood plasma to his patient, promptly returning the first hostile grenade which landed in the shell-hole while he was working and hurling back 7 more in quick succession before the ninth exploded in his hand and instantly killed him.

Willis was 23 years old. He was interred in Columbia’s Rose Hill Cemetery. He left behind a widow, who would give birth to a son soon after his death.

In addition to the bridge in his home town, the Navy’s destroyer escort USS John Willis (DE-1027) was named in his honor. 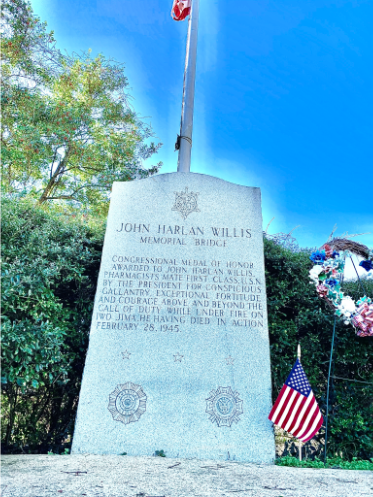 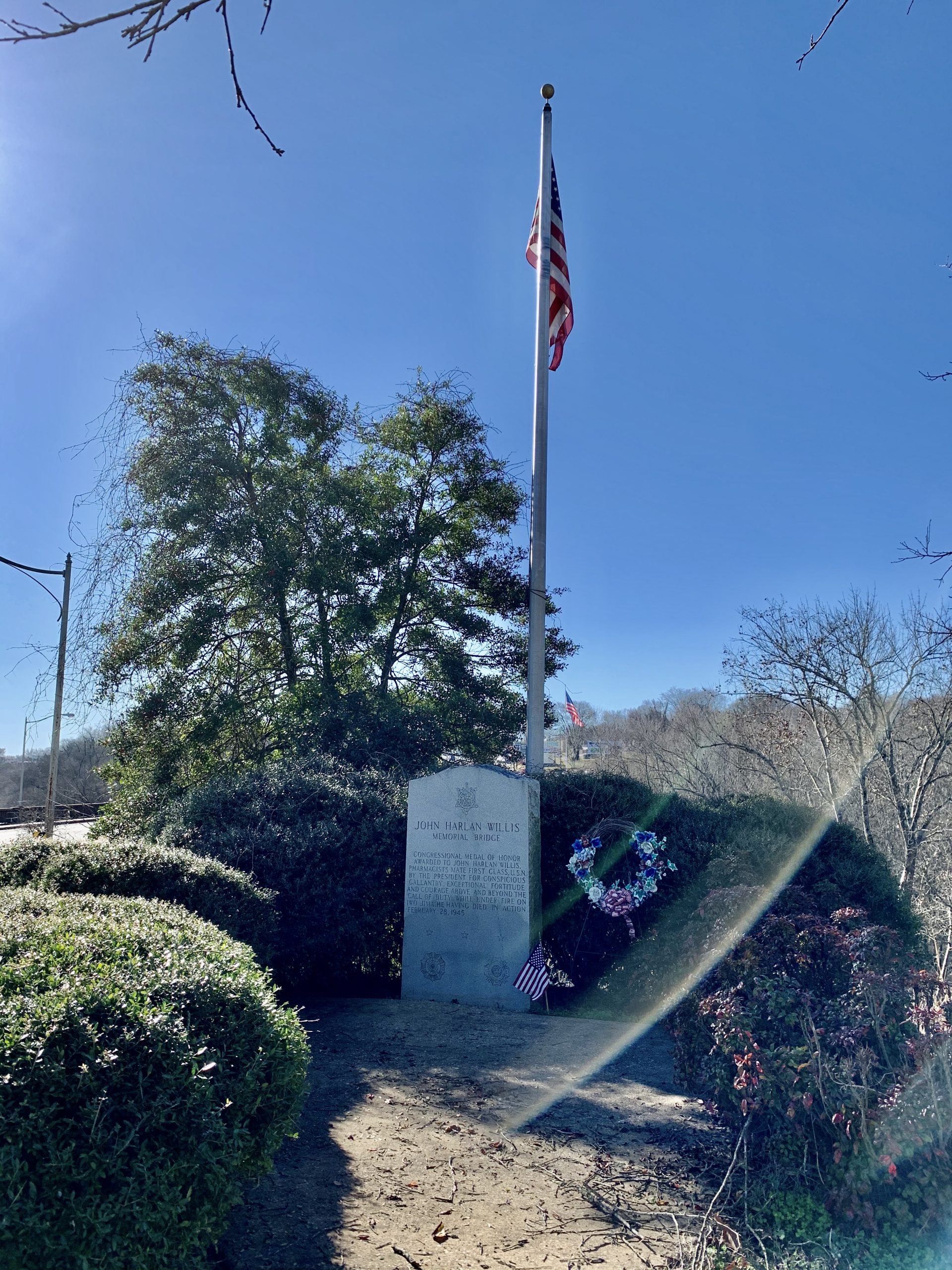 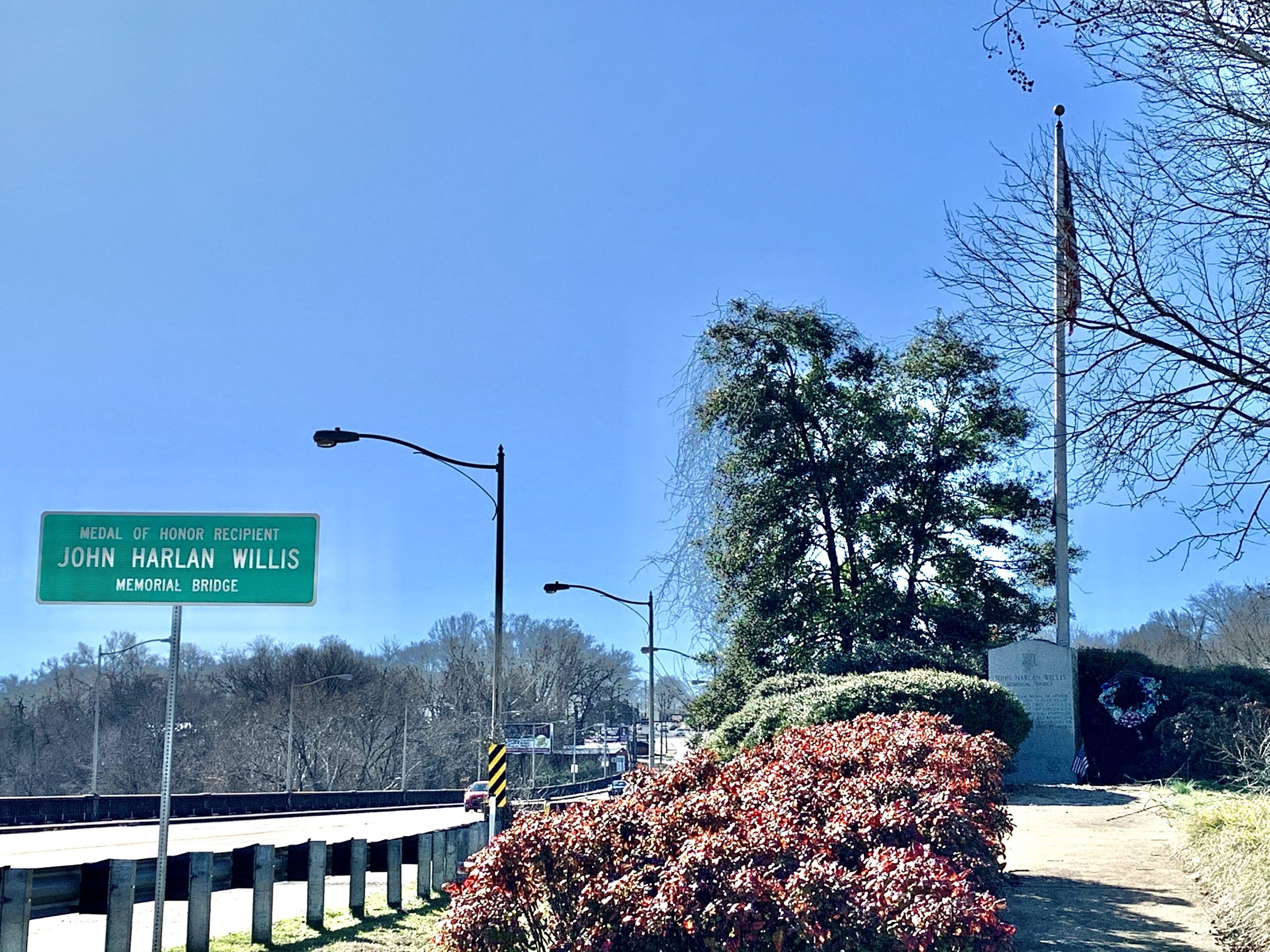 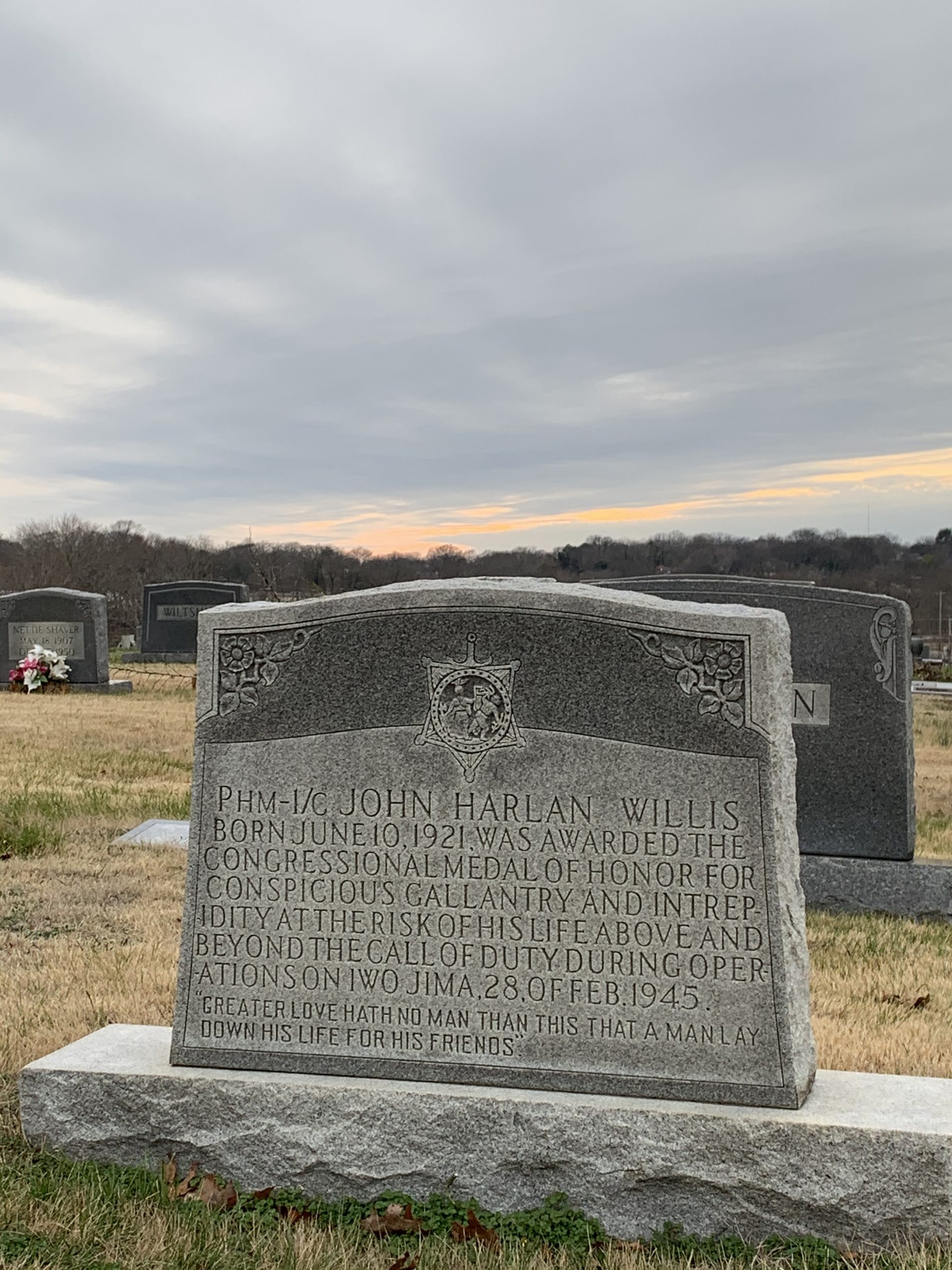