These are a couple of the dozen-odd, newly-hatched Gambel’s Quail chicks that are roaming the back yard this morning. 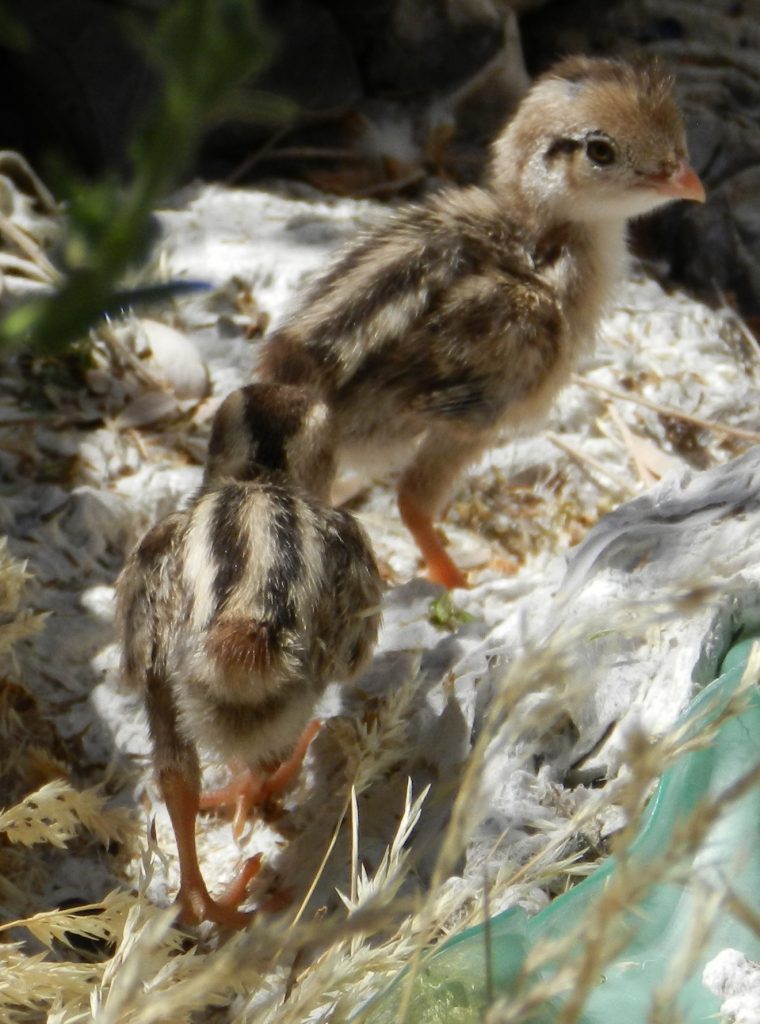 According to Wikipedia, Gambel’s quail chicks are precocial: The yearly brood ventures out of the nest within hours of hatching, under close supervision of their parents.

The species was first collected, and named for, William Gambel (1823-1849). Gambel was the son of Irish immigrants. His father was also a veteran of the War of 1812. After his initial foray to the West, Gambel himself served on several US Navy vessels. He subsequently graduated from University of Pennsylvania Medical School.

Eventually, he turned westward again, seeking a less competitive environment for his medical practice. After an arduous overland journey, Gambel succumbed to typhoid while trying to treat the afflicted miners at Rose’s Bar gold mining camp on the Yuba River in Northern California.

Gambel made several contributions to natural history, and a genus of lizards, Gambelia (aka “leopard lizards”), is also named in his honor.

Quote of the Day: Looking Back