Armistice Day was proclaimed by President Woodrow Wilson on November 11, 1919; to commemorate the cessation of World War I hostilities with Germany on the 11th hour of the 11th day of of the 11th month of 1918, and “..the heroism of those who died in the country’s service and with gratitude for the victory…” 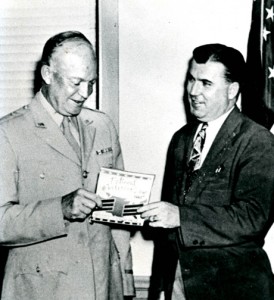 Raymond Weeks, 1909-1985, returned in 1945 from US Navy service to his Birmingham, Alabama home, where he set about trying to honor all US veterans on this day. With the blessing of then-General Dwight D. Eisenhower, it took another nine years until Eisenhower — then as President — sign the bill that made Weeks’s “Veterans Day” an official national holiday.

Weeks was later honored for his efforts in 1985 by President Ronald Reagan, with the presentation of the Presidential Citizens Medal, the second highest civilian award in the United States. Raymond Weeks served as the Director of the National Veterans Day Celebration organization for 38 years.

Meanwhile, spring remembrances of Civil War casualties that collectively grew into “Decoration Day” officially became “Memorial Day” in 1967, with the official observance now being the last Monday in May.

Memorial Day is now our national commemoration of more than a million men and women who died in the uniforms of the United States, while Veterans Day celebrates the service of the estimated 1.7 million active duty service members, 22 million living US veterans, and millions more who wore the uniform before them.

Interestingly, 26 US Presidents served in the military, seven of those during the American Civil War, and eight during WWII. 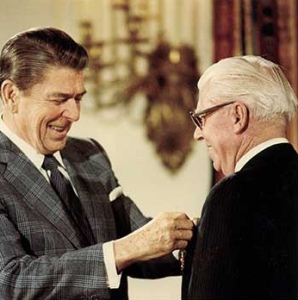