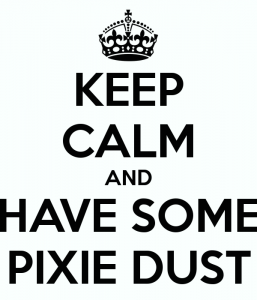 In an Arizona Republic opinion column a couple of days ago, Robert Robb brilliantly analyzes the current land-use planning philosophy that has pushed aside all common sense throughout the metro area: Phoenix banks on Peter Pan theory of Millennials.

I believe urban form and government infrastructure should maximize the living preferences of the people [currently] residing in the community. People shouldn’t be asked to fit into whatever urban form planners or bureaucrats prefer. Government should send accurate price signals about the relative infrastructure costs of living preferences to minimize subsidization. But beyond that, let people live the way they want where they want.

So, if Millennials were, indeed, an urban form game changer, it wouldn’t bother me a bit. Go for it. But the evidence of that is scant.

In an editorial board meeting, a Prop. 104 proponent made the absurd claim that virtually all of the Valley’s growth was occurring within shouting distance of light rail lines.

In reality, the fastest growing community in the Valley is Gilbert [one of the most suburban and rural Valley communities]. From the 2000 to the 2010 Census, its population nearly doubled. Since the Valley’s economy turned around in 2010, its population has increased an additional 13 percent, far outpacing Maricopa County as a whole at 5 percent or Phoenix at a lagging 4 percent.

In reality, this Peter Pan land-use planning is just another example of the arguments evolving to better support the goals of the power brokers. That is to say, it’s a scam.

Developers have ‘sold’ this theory to their financiers, which obligingly surrender sums of money that are well beyond what could ever be realized through lower density development. And those of us who pay the bulk of the taxes that support infrastructure and public safety are going to carry the burden of high-density development well into the future.

On top of that, those of us who own homes will see our own property values eroded by a market flooded with much more “affordable” (i.e., “cheaper”) housing units (over-supply), as well as an exodus from the market of folks who want more a more suburban living experience (reduced demand).

And those developers have used some of their scam money to purchase support from our elected officials, through generous campaign contributions.

In another equally important, but much more concise observation, Robb reported yesterday that, “A day of reckoning on [government] incentives” is coming:

The Governmental Accounting Standards Board recently passed a rule requiring governments to disclose, on an annual basis, the value of taxes not being collected because of incentives that have been granted.

The rule kicks in next year and should be an eye-opener.

Arizona governments have been giving away incentives like candy lately. The total is likely to be staggering, which is the point of the rule.

Governments that give away their tax base have shakier financial futures.

Of course the sales pitch for these fairy dust incentives is that they’ll magically return more in taxes than they take away. Which never seems to work out.

Zoning incentives (reduced development standards and increased density entitlements) and government subsidies for private businesses are two of the hallmarks of clever-but-really-bad government.

Scottsdale’s mayor Jim Lane and our city council (minus the ever-vigilant Guy Phillips) have honed these twin evils to a fine art. 10,000 apartment units under construction or in the pipeline, combined with millions of dollars in cash subsidies for Super Bowl parties, polo matches, the Professional Golfers Association, Phil Mickelson, and no-bid contractors like the Scottsdale Cultural Council, are all proof.