Great story by James K. Sanborn in the Marine Corps Times yesterday about Sergeant Major Michael Jarnevic, US Army, about to retire with 42 years in uniform; and service in Vietnam, Honduras, Iraq, and Afghanistan.

Is this Green Beret the last Vietnam Vet on active duty? 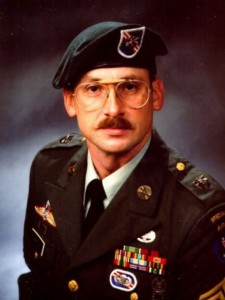