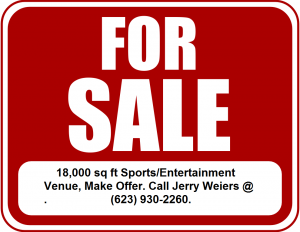 Scottsdale’s Bar District is NOT in “Old Town”