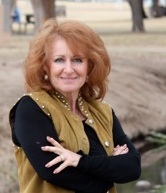 This analysis comes to ScottsdaleTrails courtesy of the Coalition of Greater Scottsdale. While I have disagreed (sometimes vigorously) with COGS, and in particular the author (former city council candidate Copper Phillips), this appears to be a well-crafted perspective on the current problems within SUSD.

However, in my humble opinion, the fourth bullet–declining enrollment–is the most critical. This drives a number of the other factors; and is, in turn, driven by a perception in the community that SUSD is not doing a good job of educating the children of the District. It’s a downward spiral that will require real leadership to arrest…and dabbling in real estate deals or neighborhood revitalization isn’t going to help.

Clearly, SUSD Superintendent David Peterson isn’t getting the job done. The question is, when will YOUR elected representatives in the SUSD board majority–Bonnie Sneed, George Jackson, and Kim Hartmann–get with the program and find a replacement.

NOTE: Do not compare Scottsdale with the state average numbers, as this number includes charters, many of which have fewer than 200 students which inflates the state average considerably. It is best to use the Peer District numbers.

When auditors initially found and reported errors to the district, no change was made. Coding errors were huge, like claiming electricity expenses as instructional costs rather than plant operating costs. The report is sent to the Superintendent, who shares it with the Governing Board. Required changes beginning 2004 were not made. Why not? Why didn’t the Board hold superintendents accountable for correcting the errors? Why didn’t those superintendents hold the respective directors accountable?

Several of the issues identified in the current report were previously identified, but the transportation inefficiency problems should have been obvious, as should the IT concerns. The finance coding errors were so obviously wrong that intent should be questioned. What steps will be put into place to ensure the recommendations and directives are followed this time?

Scottsdale USD must be a district of superior achievement and cutting edge, innovative instruction to attract and keep students. Given the continuing loss of student enrollment to charter and private schools, Scottsdale schools must consider its direction, decisions and practices. Fortunately for SUSD, we have an involved, supportive and educated community.

Joanne “Copper” Phillips can be reached at jphillips@cogsaz.net