David Peterson Gets Sent to the Principal’s Office…Yet Again 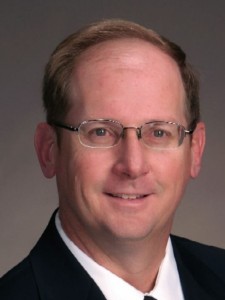 Scottsdale Unified School District Superintendent David Peterson and his cheerleader-board members (Bonnie Sneed, George Jackson, and recently-elected member Kim Hartmann) have some explaining to do, in light of a report from the Arizona Auditor General released today. That report says, in part:

In fiscal year 2012, the District did not always properly classify its expenditures in accordance with the Uniform Chart of Accounts for school districts. As a result, the District’s Annual Financial Report did not accurately reflect its costs, and its reported instructional expenditures were falsely increased by over $5 million, or 3 percentage points.

Further, the District has not accurately reported its costs for many years. For example, between fiscal years 2004 and 2009, the District annually reported millions of dollars of electricity costs as instructional spending rather than plant operations spending as required by the Uniform Chart of Accounts.

Additionally, in fiscal years 2012 and 2013, the District reported its costs for speech and physical therapy, guidance counseling, and psychology services for students as instructional spending although the Uniform Chart of Accounts defines these costs as student support services. Further, in fiscal year 2014, the District began misreporting its costs for property liability insurance as instructional spending rather than plant operations spending, as required by the Uniform Chart of Accounts. [underlines added]

A Realtor on the Bonds and Politics

The Next Ex-City Manager