If you follow ScottsdaleTrails, you know that my focus is Scottsdale…the good and the bad. I’ve been very involved in city government and city politics.

Based on extensive research, my recommendations in the race for Arizona House of Representatives are: Seasoned veteran Bob Littlefield and energetic newcomer Effie Carlson.

Bob is also the most pragmatic of his colleagues when it comes to evaluating the real merits of ANY issue that comes before the council. He’s easily the top candidate in this race. 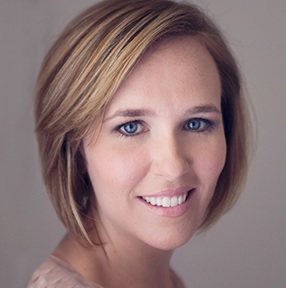 As for Effie, whatever she lacks in experience with elected office, she far exceeds with her volunteer public service, passion, knowledge, and her intelligence. It has been a long time since I’ve been impressed with a candidate, and Effie is one of two I’ve met recently who have favorably impressed me.

The others in the House race have made strong impressions on me, too. Unfortunately, they are very bad impressions.

I’ll start with Jay Lawrence. If you look at his website, he’s got plenty of the right-wing, red-meat generalities about immigration, abortion, and the Constitution. But he has no category for fiscal responsibility and accountability. On that basis alone, you should scratch him off your list.

Clearly Jay is running for himself, not for the citizens. It’s a win-win for him whether he wins or loses, because either way he’ll drive more like-minded listeners to his radio show.

Michelle Ugenti. I could devote many pages to this uber-hypocrite. In fact, I have! Just look for “Michelle Ugenti” on ScottsdaleTrails and you’ll see what I mean.

Ugenti has abused “legislative privilege” by trying to use it to hide her text messages to a paramour from her soon to be ex-husband, thus thwarting government transparency.

She (and John Kavanagh, more in a moment) have worked to erode the democratic process in cities like Scottsdale, by usurping our spring election calendars and forcing us to vote in the fall…which is an incumbent-protection effort that favors RINOs because of the numerically-superior Republican registration numbers.

One other consequence of the calendar change is that the signature requirements for citizen initiatives and referenda were drastically increased. This is because the requirements are based on the number of votes cast in the previous election, which is artificially inflated by a huge amount when local elections are combined with state and federal elections. And they did this as a ‘cost saving measure,’ when there was never any proof of substantial savings.

They also overreached local authority by effectively overturning Scottsdale’s ground-breaking, decades-old sign regulations. This was another incumbent-protection measure, which gives advantage to the candidates with the most ability to raise money from well-heeled cronies. So ‘thank you very much’ for all the sign pollution that now blights our roadways and intersections.

Ditto their success at preempting municipal fireworks ordinances, like the very sensible laws in Scottsdale that protect our fragile (and frequently flammable) desert.

The most laughable of Ugenti’s legislative lunacies is her attack on the First Amendment, via trying to make it a crime to use Twitter to parody another person. Like a certain legislator who was lampooned and widely-ridiculed for juvenile public sexual innuendo.

If you need more reasons to not vote for Michelle, please call me.

As for the Arizona State Senate race, I don’t think I need to say much more about Kavanagh. He’s clearly part of the problem with Arizona, not part of the solution.

Kavanagh’s opponent is another newcomer, Jeff Schwartz. In the plus column, he recognizes and is not afraid to say that Kavanagh is part of the problem. On the negative side, Schwartz doesn’t offer a lot of specifics, and virtually nothing about fiscal responsibility. We can’t do good things if we can’t pay for them, and we’ve got to balance the checkbook first.

And a BIG negative is that Schwartz is a developer, a group hovering right around lawyers and politicians at the bottom of public opinion polls. Development in Scottsdale–specifically development that skirts “the rules” (our General Plan)–is a large part of our local problems.

On that last, one other little ‘favor’ the State folks (including Ugenti and Kavanagh) did for municipalities is the legislation enabling “infill incentive districts.” These are free-pass workarounds for the zoning restrictions that have historically helped our communities exert local control over the way they develop.

Such districts are supposed to be enabled only in areas that are blighted (like downtown Scottsdale…RIIIGGGHHTTT), and supposed to force developers to do something special for the community in exchange for “incentives” like extra height and density, and reduced setbacks from public streets, etc. But magically, they get the incentives from people like Jim Lane, Linda Milhaven, and Dennis Robbins, and…where are the give-backs to the city? Non-existent.

So, on the AZ State Senate race, I’m truly torn between ‘anyone but Kavanagh’ and ‘anyone but a developer.’ The good news is, there’s a third choice. The winner of this primary will have to face former-Republican Paula Pennypacker. She’s got an uphill battle in a Republican stronghold, but the eventual Republican candidate will have a hard time distancing himself from LD23’s right-wing lunacy.

Clowns to the Left of Me, Jokers to the Right

When is Misinformation a Lie?

Was Your Vote Wasted Last Election?