This story appeared on Colorado Peak Politics on 22 June. 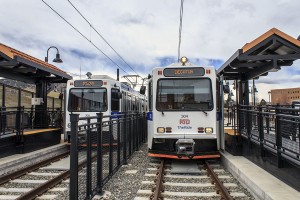 Colorado 9to5, and advocacy group that focuses issues that women face in the workplace, is spearheading an attempt to restore the bus lines that were eliminated or scaled back in parallel with the opening of the $707 million W Line that even the Denver Post calls a “boondoggle.”  So far, they have collected more than 400 signatures in support of the countless riders who were negatively impacted by this change.

At issue is the numerous buses that RTD has cancelled because the W Line was supposed to be a more efficient means of transportation for getting downtown.  In all, 26 RTD bus lines were modified or discontinued.  It looks like the RTD may have expected some push-back from this, as they created a website for bus riders that announced:

“Current riders will love the ease and convenience of riding the new W line. If you opt to ride the bus instead of our new shiny rail, learn how your bus commute has changed.”

It seems as if the people who are tacking on an hour to their commute because the 16L was discontinued on April 28 disagree.

Heads up, RTD bureaucrats:  commuters don’t care if their public transportation ride is shiny, they just want it to get them to work in an efficient manner.  Perhaps a shiny new toy is really what RTD was after, as the Denver Post article quoted 9to5 transit organizer describing the new W Line:

“A lot of [commuters] felt that the West Rail Line was built for people who never have taken the train before, but not for people who actually have to get to work every day.”

This issue gets to the heart of why public rail transportation in Denver is never going to gain widespread adoption.  The population density does not support it.  This is not Chicago or New York, where urban dwellers can find a subway stop steps from their house, wait zero-to-five minutes for their train, and end up just few short blocks (or less) from their office.

A typical RTD light rail rider needs to drive his car to a stop separated from other stops by miles, park in a structure or large lot, walk to the boarding area, wait for the train to take them downtown, and then somehow get to their office, which could be nearly a mile away.

We don’t need a “shiny” train, press release, or a joy ride to Golden.  Workers in Colorado simply need safe, reliable roads and methods of transportation that will get them from geographically diverse locations to other areas of the region in a fast, safe, and efficient manner.