Non-Partisan Voter? No Early Ballot For You! 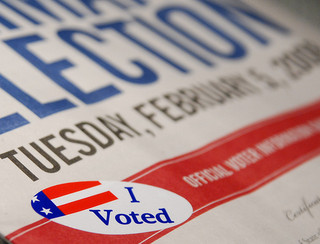 If you’re on the Permanent Early Voting List, you’ll receive your ballot in a day or two.

Unless you’re registered as non-partisan. Meaning, if you’re not a declared Republican, Democrat, Green Party, etc.

Then you’ll get nothing. No early ballot for you.

Until November’s General Election, anyway. Then you’ll get one.

But because of how the rules are written, many of the seats could already be won by then (it’s possible to win a seat in the Primary election, but that’s a topic for another day).

But regarding your ‘missing’ early ballot…here’s what I learned today from the City Clerk:

Or a friend of yours? A neighbor? I’d bet most of the folks who are on the Permanent Early Voting List aren’t aware of this information. Only those of us who spend our free time scouring City ordinances and policies are privvy to this stuff.

So if you’re registered as non-partisan, but you want to receive an early ballot, then you need to do this:

The deadline for requesting an early ballot be mailed to you is 5PM on August 17th.

If you don’t request an early ballot, you can still vote at your designated polling site in the Primary Election on August 28th.

Or at one of the early voting locations listed in the Candidate Information Pamphlet that recently mailed. For your convenience, I’ll list them here:

So, if you want to be sure you get a say in our Primary Election, take action today.

If you want to help ensure as many voters as possible have a say in the Primary, share this info with a friend.  I’ve made it easy for you – just use one of those cute little buttons below this sentence.

“Scourge” Has Only One Color: Green