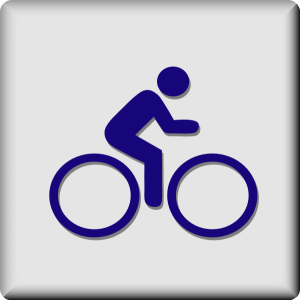 Did you know that Scottsdale is officially recognized as a “Bicycle Friendly Community?” In fact, we were just recognized for it yet again. In spite of that, however, several recent letters to the editor of the Scottsdale Republic have chided cyclists for impeding  motorists:

Cyclists, stay in your own lane

Re: The “Bicyclists deserve courtesy on road” (Letters, Friday).

Really? I live in Scottsdale Ranch, a supposed “bicycle-friendly community” as signage points out along Mountain View Road.

First of all, this area of road is immaculate; I myself sponsor 2 miles of road, and we have street sweepers constantly. You will be hard-pressed to find large cracks, debris or loose gravel on this stretch where sometimes 30 or more bicyclists are riding in a pack, two abreast. It is not because of road debris; it is because they wish to converse with one another.

So give me a break; stay in your lanes that Scottsdale has so graciously designated for you. Stay out of my lane, and I’ll happily stay out of yours.

From the same writer:

Stay in your lane, bicyclists

And the bicycle debate continues — this time a cyclist is reminding of us of “the law.” (“Motorists should read bicycle laws,” Letters, The Republic, Tuesday).

I say, go ahead and ride two abreast, three abreast, or for that matter, ride six atop each other’s shoulders! Our issue is that you guys have to stay in your lane! I’m sure the statutes do not permit you to ride in the car lane where there is a designated bike lane.

From a different writer:

In reference to “Do bicycle riders have a death wish?” (Letters, The Republic, Tuesday):

To add to the opinion of T.L Cays about the bicyclists who ride in north Scottsdale on a daily basis. Not only have I seen riders ride two or three abreast, but I have seen single riders ride outside the bike pathways, causing all traffic to come nearly to a complete stop if oncoming traffic is approaching.

In McDowell Mountain Ranch, the roads are winding and hilly, which at times gives vehicles limited visibility of oncoming traffic. It’s only a matter of time before there are serious injuries or fatalities due to the mind-set of the riders and their perceived right of way.

In regard to “Situation is bike accident waiting to happen,” Scottsdale Republic, Letters, Friday:

I have lived on Happy Valley Road for 22 years and have seen the menace of bike riders get continually worse. These people are arrogant, rude and constantly challenge those of us in cars.

On Saturday and Sunday they pose a major threat. Encounter them on Hayden when they number 50 or 60 riders. Watch them race through red lights or stop signs. Have them make a dash in front of you from the far right when you are moving straight ahead. Happens all the time at Happy Valley and Pima. Blow your horn and they give you the finger.

What is most dangerous is when they are way out of the bike lanes and motorists veer away and enter the oncoming lane.

Is there a solution? Here is a thought. Autos and motorcycles must have a license tag. We must follow the rules of the road if you don’t want to risk a ticket. So why doesn’t Scottsdale require these people to have a tag? Why do they get preferential treatment.?

Scottsdale would make a tidy sum charging them for the tag. The city also should make them take a rider course so they learn the rules of the road.

Some poor driver is going to kill one of these people and guess what? The driver will pay the penalty. Let’s face reality. It’s no longer “cute” to cater to these people.

Regarding the letter on Thursday, “Bicyclists deserve courtesy on road”:

There are single bicyclists and groups that ride through McDowell Mountain Ranch in north Scottsdale on a daily basis.

Often, the groups will ride two abreast or three abreast, which puts them in the road to compete with drivers. They do not move to a single line as a vehicle approaches, which makes it very difficult to get around them when there is only one lane available.

They act like they own the road and have a right to break the law by not riding single file, and I don’t understand that attitude when they are putting themselves at risk in a deliberate manner.

Do some of them have a death wish?

Here’s what I have to say about this:

Laws are for when common sense, courtesy, and respect escape us. Unfortunately, there’s plenty of blame to distribute between motorists and cyclists for those lapses.

First let me say that like most cyclists, I cover many more miles in my car than on the bike. The reverse is rarely the case, in fact the majority of motorists are not even recreational cyclists. So, mutual understanding is the exception rather than the rule.

The second point is that there is a parallel inequity in risk distribution between the two groups. It is rare that a motorist is injured by a cyclist, but it is unfortunately not uncommon at all for cyclists to be seriously injured or killed by motor vehicles.

Thirdly, how big a hurry are you in? As a cyclist I have had vehicles speed up to pass me so they could make the next right turn…right in front of me. I’ve had vehicles pull out from side streets right across my path because they couldn’t wait the extra three or four seconds for me to get by. Is it worth it for you to risk injuring me and running up your insurance rates just to save a few seconds?

Granted, cyclists are more difficult to see…and even police and traffic planners encourage cyclists to ‘ride assertively’ to make themselves more visible. However, ‘invisible cyclists’ are the exception and in most conflicts like this the vehicle operator sees the cyclist and makes a conscious decision to try and “beat” them.

I will, however, reserve some special criticism for the cyclists who give the rest of us a bad name.

Number 1: You aren’t bullet proof. Wearing a team jersey and/or riding in a pack doesn’t make you any more so. Pay attention to what’s happening behind you and move to the right whenever practical in order to let motor vehicles pass. We’ve all complained about left-lane bandits when driving our cars. Don’t be a “lane bandit” yourself just because you are on a bike.

Number 2: There’s something about being a cyclist that just makes us feel entitled to run red lights or roll through stop signs. The pack mentality just makes this worse. Resist the urge. You don’t HAVE to put your foot down to slow enough to make sure there’s no traffic…but that doesn’t mean you don’t have to slow down AT ALL. If the other pack members want to run the light, hang back and let them go ahead. Or don’t ride with them at all.

For both cyclists and motorists, if you are going to quote the law you should also understand the law.

However, neither cyclists nor motorists “own the road,” and neither should use the law as an excuse to create a conflict with, and/or impose risk upon the other. Use your heads, people.

Hidden Letters to the Editor: Bar District and Transportation