Within the past year I’ve happened upon TWO “cristate,” or “crested” saguaro cacti. This one is just off Apache Trail near Roosevelt Lake. 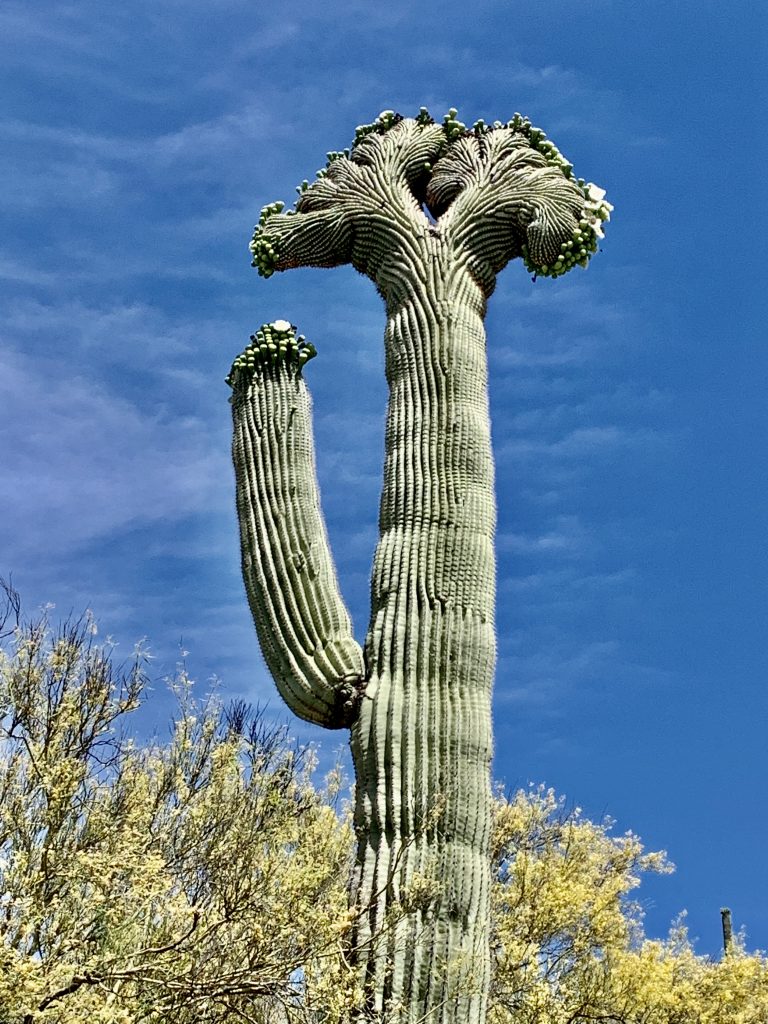 The crest mutation is currently thought to occur in one out of about 10,000 or so individuals. Over 2000 examples have been documented across the Sonoran Desert by the Created Saguaro Society.

Crests are a variation of fasciation, which occurs with similar rarity in other plant species, but the saguaro is certainly among the most spectacular.

No one knows for certain what causes the saguaro mutation, but speculation includes frost, bacteria, fungi, viruses, hormones, random genetic mutation, and even lightning. Some saguaros have been observed to have returned to normal growth after having crested.

Having seen this example in bloom, I wonder if the mutation might be related to a malfunction within the flowering process. 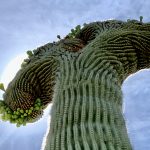 Les Conklin on the Bonds