On this Veteran’s Day, I reflect on someone who commented on a photo I posted a few days ago of an election sign that was printed in English and Spanish. The question was asked why do election materials have to be bilingual? 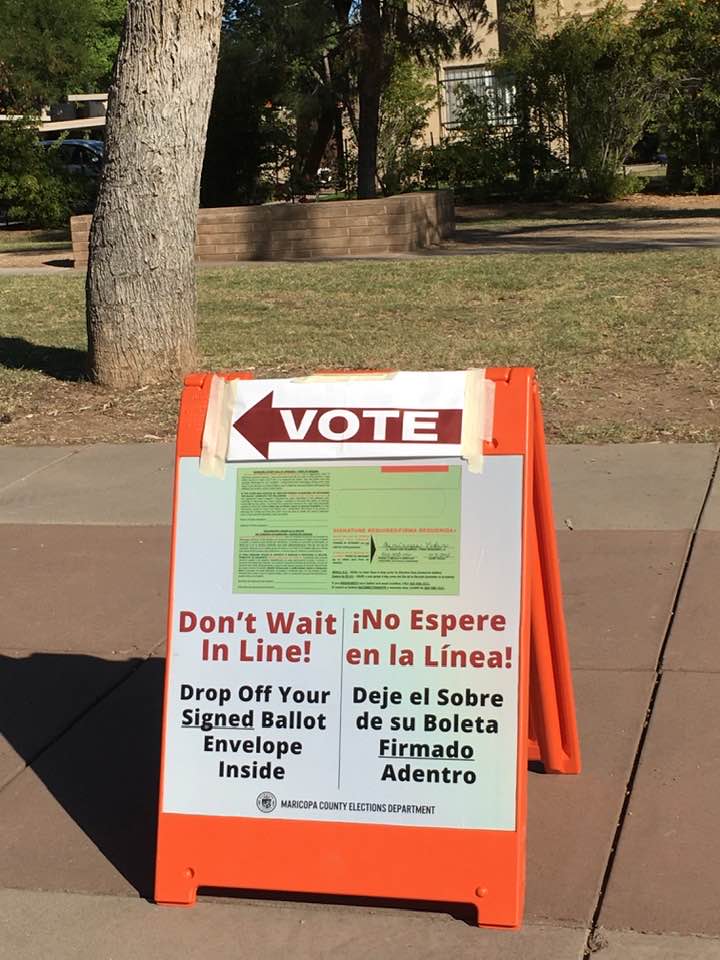 The short answer is, it’s the law. Federal law.

President Lyndon Johnson signed the Voting Rights Act into law on August 6, 1965. The Act applied a nationwide prohibition against the denial or abridgment of the right to vote based on literacy tests and poll taxes.

In 1975, Congress amended the Voting Rights Act of 1965 by adding Section 203, the language minority provisions. The amendment requires that

“…when a covered state of political subdivision provides registration or voting notices, forms, instructions, assistance, or other materials of information relating to the electoral process, including ballots, it shall provide them in the language of the applicable minority group as well as in the English language.”

For Arizona, the language of the applicable minority group is Spanish.

Just answering the question wasn’t good enough, and the thread took several tangents after that: including references to military service; to the ‘need’ for immigrants to assimilate: and the–shall we say–“acquisition” of most of what is now the Southwest United States via the Treaty of Guadalupe Hidalgo and the Gadsden Purchase.

And then I remembered Private Marcelino Serna, US Army. 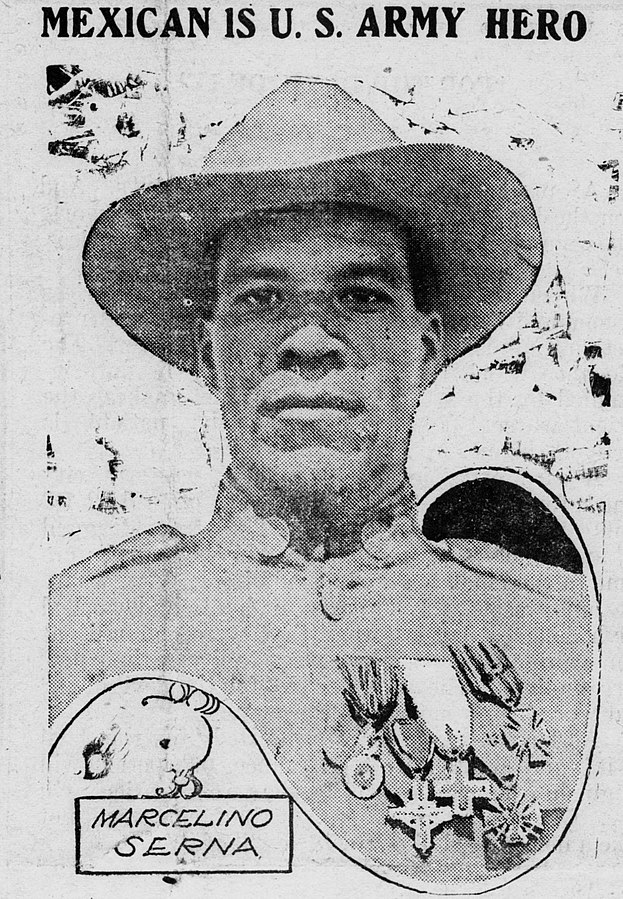 Serna was what we’d call today an “undocumented immigrant.” He was apprehended in Denver, just north of an area which less than a century earlier had been part of Mexico. Serna chose to enlist in the US Army, in lieu of deportation.

It wasn’t until after Private Serna completed basic training and was shipped overseas that the Army discovered that he wasn’t a US citizen, and that he couldn’t speak English! Serna was offered a discharge, but chose to continue to fight.

After feats of bravery on the battlefields of France, Serna was seriously wounded. In 1918, as he convalesced in the rear of the action, Serna was visited by none other than General John J. Pershing, Commander-in-Chief, American Expeditionary Forces. General Pershing personally decorated Serna with the Distinguished Service Cross, second only to the Medal of Honor in recognition of valor.

Serna was told by an officer that “Buck Privates” were not eligible for the Medal of Honor [which was false], and that [Serna] did not know enough English to be promoted.

Though his DSC probably should have been a Medal of Honor, Serna also brought home a Purple Heart with oak leaf cluster (meaning he was wounded twice), a World War I Victory Medal, a French Croix de Guerre with Palm (meaning it was awarded twice), an Italian Croce al Merito di Guerra, a French Médaille Militaire, a French Commemorative Medal, the French 1914–1918 Inter-Allied Victory medal, the French St. Mihiel Medal, and the French Verdun Medal.

After his recovery and discharge, Serna went on to a work as a civilian employee of the Army, then ultimately retired as a plumber from a military hospital in El Paso.

Now does this anecdote support the Voting Rights Act and bilingual election materials? I’m not a lawyer, so I don’t know. And I’m certainly not advocating for illegal immigration.

But it’s a good opportunity to remind myself (and others who will read with an open mind), that immigrants–even undocumented immigrants–have made some inspirational contributions to our nation.

There have been a couple of attempts to have Serna’s DSC upgraded to a Medal of Honor. Unfortunately, neither was successful.

Let Me Apologize for the Noise