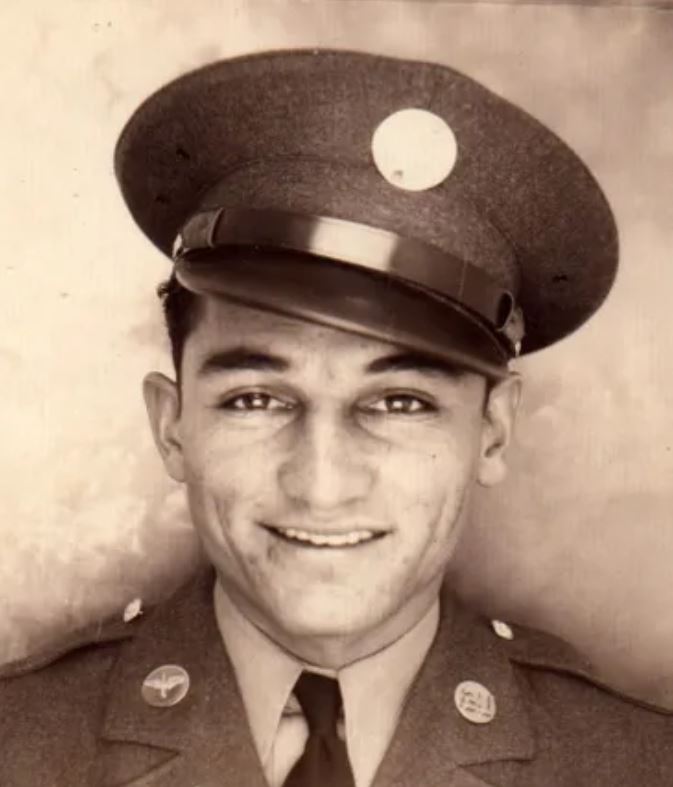 Greg Moore did a great piece in the Arizona Republic back in April on Arizona veteran Joe Campos. I’ve been saving this to post on the day that Joe was killed, 69 years ago today at the start of the Korean War.

Campos had left the dangerous copper mines and scruffy, segregated mining towns of Eastern Arizona to volunteer for US Army Air Corps service in September 1941… only three months before the Japanese attack on Pearl Harbor.

After 100 missions over North Africa and Italy and decorations for valor, Joe returned to those mining towns to marry and start a family. But, seeking respect and better pay for his family, Joe reenlisted in 1947. After training, he was assigned to Japan. Upon the surprising outbreak of war in Korea in 1950, Japan-based troops and aircraft were the closest reinforcements the US could muster into action.

Joe Campos was killed when his aircraft crashed into the Yellow Sea, one day after President Harry Truman authorized US military action in support of the South Koreans.

Campos and his fellow B-26 Invader crewmen were among the unacknowledged first US casualties of the Korean War.

Please read Greg’s article at The Story that History Forgot.

Ray Torres and the Apartment Republic