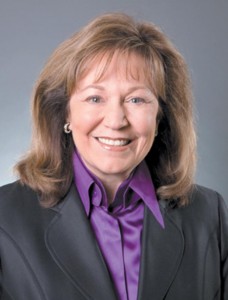 Eric Jay Toll writes in today’s Phoenix Business Journal about one of their ten nominees for “Business Person of the Year,” Sharon Harper.

Ms. Harper is a real estate developer, having founded “Plaza Cos.” That name may sound familiar to Scottsdale taxpayers. Plaza Cos. is the development partner of ASU Foundation (the real estate development firm frequently mistaken for a university) in, and manager of the “Skysong” taxpayer-subsidized office buildings at McDowell and Scottsdale Roads.

You see, the City of Scottsdale under the leadership of then-mayor Mary Manross paid developer Steve Ellman about double the appraised value for that land. She then essentially gave it to ASU Foundation in the form of a lease for something silly like $1 per year for 99 years with some nebulous profit-sharing arrangement.

Since it was originally inked, the Skysong lease has been amended 5 times, always in favor of ASU Foundation. And, I might add, that even though Jim Lane as a council member opposed the original deal, as mayor Lane has supported every amendment. It’s no wonder that the good Ms. Harper and the movers-and-shakers at ASU Foundation have generously supported the mayor’s political ambitions.

“Business person of the year?” If fleecing the taxpayers is a business, sure. I guess Harper is what is affectionately called a “political entrepreneur.”

And donating part of the profits from those activities to charitable causes apparently nets Harper some extra credit with the PBJ. So we’ll call her a “political philanthropist,” too.

It’s nice that you can help people with other peoples’ money.