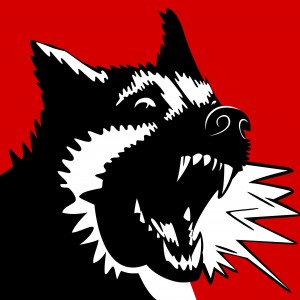 There are few things more irritating than a barking dog. It ranks right up there with an incessant car alarm, and the sound of someone chewing with an open mouth (especially ice).

A neighbor mentioned the term “misophonia” in the context of a barking dog problem, which prompted me to go back and look for something I’d read recently about some new research in the area of sound irritation.

Misophonia is an aggressive reaction to certain sounds. Like many psychological phenomena, there are degrees of sensitivity, and different folks are irritated by different sounds.

A few pop-psych outlets have even suggested that misophonia is a trait shared by many creative geniuses, and that if it afflicts you that you may be among them!

Regardless, while some may be highly sensitive to dog barking, I think you’d be hard-pressed to find anyone with normal hearing who doesn’t find barking irritating.

So what do you do about your neighbor’s barking dog? In Scottsdale, unfortunately, the answer is oftentimes “earplugs.” Scottsdale has a very specific prohibition in the form of an ordinance:

4-17 (c) No person shall knowingly keep or harbor any animal or fowl which by frequent or habitual howling, yelping, barking, crowing or the making of other noises shall annoy or disturb a neighborhood or any two (2) or more persons, one (1) of which may be a police officer or an animal control officer.

Unfortunately, Scottsdale’s police department views you being annoyed as an annoyance to them. Thus, various city departments have colluded to come up with a diversionary “mediation” program that shifts the burden back onto the victim.

In fairness to SPD, they are somewhat caught in the middle between the offender/victim situation and the city prosecutors office…the same folks who essentially enabled high efficiency revenue generation through photo speed enforcement, and bypassing due process with “service by publication” and variations that allow them to skip the step of serving your court papers in-person. And of course, responsibility for the city prosecutor’s behavior goes right back to the city council-appointed city attorney, Bruce Washburn.

Their interest is in the easy money, not in helping you with your problem. That would actually take work on their part.

So, mediation? My personal practice for many years was to simply have a conversation with my neighbor when something was going on in the neighbors yard that was adversely affecting me. Loud stereo, leaking water pipe…barking dog. After a few years of that, I came to the conclusion that trying to be a good neighbor just doesn’t work most of the time.

If people are too stupid to realize their barking dog is a problem or they just don’t care, a diplomatic conversation or note on the door isn’t going to change things…at least not for the better. I’ve seen and been involved in situations where it actually made things worse, enough so that I’m reluctant to do it anymore.

And as regards a barking dog, that’s not a highly-nuanced situation. The dog is either a problem or it’s not. Call the police so they can verify it’s a problem, and issue a citation, right? Well, not so fast. They just don’t want to do it.

But you should call them anyway. 480.312.5000 is the non-emergency number (call 911, obviously, if it’s a dog bite situation or dog at-large threatening to bite). Have the neighbor’s address handy and their name (if you know it), as well as a description of the dog.

If they aren’t swamped with emergency calls, an officer SHOULD respond to the neighbor’s address, verify the dog is barking, and attempt to contact the neighbor. Many times the barking dog is most (or only) problematic when the neighbors aren’t home, which creates a Catch-22: it’s difficult to cite without being able to contact the resident, or to prove later that the resident knows about the situation.

Citations aren’t usually issued upon first contact/notification, but they “can” be issued after it’s clear the resident has allowed the situation to continue. Most times, however, you’ll probably get the now-common suggestion for mediation.

Personally, I wouldn’t waste my time, and there’s a good chance your neighbor won’t participate anyway. But give it a try if you are so inclined.

Otherwise, I’d be insistent about a citation. If the officer is reluctant, work your way up the food chain and talk to the district supervisor. If that’s not successful, I wouldn’t bother with the police chief or the city manager. Go straight to the mayor and city council.

There’s a good chance they won’t help either. I’ve seen most of them ignore much bigger problems than barking dogs. But make sure you remember come election time which ones were helpful and which weren’t.

Meanwhile, though you shouldn’t have to do it, I understand some folks have had good luck with “Barker Breaker” type devices. These are designed to be mounted in the yard of the offending animal. But you can probably get results by putting one on your closest fence, facing that direction.

They emit a loud, high-pitched noise in response to barking. This noise is audible to humans, but much more irritating to dogs.

Too Close to Call