The Scottsdale City Council recently received an email which ordinarily I’d have ignored because it was sent by an anonymous coward. However, the email makes a few points that I think are illustrative of the general misconceptions of the role of city government and the real function of the Scottsdale Chamber of Commerce.

With all due respect, the City Council members, correct me if I’m wrong are elected by the people and once in office work for the people, businesses and the betterment of the City of Scottsdale.

Councilwoman Littlefield seems to need a little re-education, since she is a new councilmember since January of this year. I believe it’s often referred to “headline” test. Don’t do things that will put you or the city in a bad light in the media.

with all due respect each and every council member needs to remember that it is best to get everyone to like you regardless of what you personally stand for. Our great citizens deserve respect, after all we do not work for you, the city and it’s elected officials work for the people for a better people. “Shhhhhhshhhing a business person in public, telling someone to shut up and your own husband telling business owners what his opinion of the Chamber is. Totally uncalled for, business work hard to make ends meet every day, the chamber is an advocate for change and growth, if council can not get their hands, hearts and heads around that, there’s a problem.

The chamber, the people who are business owners and actively involved with the city council, city events, business owners, promoting a better Scottsdale, deserve respect. Councilmen and woman equally need to treat everyone with respect and remember they are no better than anyone else. They are servants to the public.

If she or any other council member does what she did today, it will definitely make headlines and it will not be pretty. 200 years ago our forefathers weren’t going to take it anymore and created a revolution, we are a free people for a reason, the government is empowered by the people, not the opposite. For fear of retaliation I will not release my name or personal data until such time as I can be assured that councilwoman Littlefield is prepared to go public and apologize for her blatant dis-regard for the office for which she holds and apologizes that she merely forgot that she is a servant of the public and not the reverse. When I’m assured of that I’m most likely happy to release information however, since everyone has such private information and no direct contact is allowed it would not surprise if the council and your offices brush this aside.

With greatest regards
an extremely concerned consumer, businessperson and citizen. 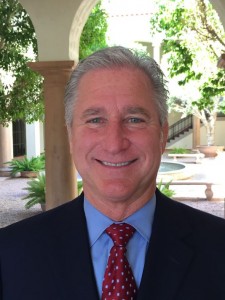 Let’s start with the Chamber. First, the Chamber (meaning the CEO, newly-hired Mark Heigel, and his staff) does exactly what they are told by the members who contribute the most money. Meaning developers and the liquor industry; not coincidentally, the same people who contribute the majority of the campaign funds for the Chamber Caucus on the City Council (Mayor Jim Lane, Virginia Korte, Linda Milhaven, Suzanne Klapp, and David Smith).

The result is that Scottsdale gets taller and more dense high-rise housing projects; beyond what is specified in the city’s voter-ratified 2001 General Plan; and courtesy of massive zoning concessions. And Scottsdale gets the highest concentration of liquor licenses in the entire state, in just a few blocks in downtown Scottsdale adjacent to a historically-zoned retirement community.

The comment about “working for better people” harks back to a comment made by then-mayor Mary Manross about wanting a better class of people in South Scottsdale. I’m sure both were Freudian slips, but both comments reveal a lot about the mindset of the Chamber.

“Hooga” did get one thing right: The Chamber IS “an advocate for change and growth.” The growth part is clear from the 10,000 apartments recently completed, under construction, or in the pipeline in downtown Scottsdale.

The “change” part is a little more subtle. Obviously, growth IS change, but I refer back to the “better people” comment. In other words (and to quote Bob Littlefield),

There is a plan for Scottsdale, but YOU and I aren’t part of it!

The difference between the Chamber perspective and my perspective (which any thinking person would share) is one of duration.

To paraphrase a pop culture reference, the Chamber and its biggest members (which is a bit redundant) are focused on the next fiscal quarter. What government should be focused on is the next quarter century.

Which is to say, fiscal sustainability…which by definition has to account for factors like infrastructure keeping up with growth, being able to maintain the infrastructure, understanding the primary economic engines of the city (tourism being the most important and least costly), and how changes to physical character (zoning concessions) affect those engines.

By ignoring these factors, the Chamber and its members (large AND small) deserve every criticism that has been levied upon them.

Quote of the Day: Capitalists