Who Owns The Vision?

The headline story this morning in AZCentral’s daily “Top 5, Exclusive selections for our subscribers” asks, “Who Owns the Desert?” 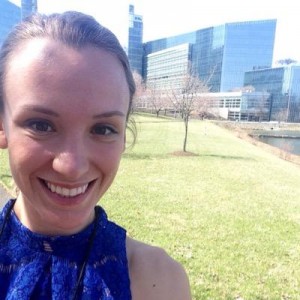 The byline belongs to Catherine Sheffo. “Who?” you may ask; I did. Herein lies the first problem with the story.

Catherin Sheffo is a “Pulliam Fellow,” aka a college intern working a summer job. How much can she know about Scottsdale land use issues? She’s from Pennsylvania. And apparently this was the swan song of her summer at the Republic before heading back to school in Maryland.

Now I don’t blame Catherine. I’m sure she’s a fine young lady, and may someday be a great journalist. But what the heck are the editors and publishers at Arizona’s newspaper-of-record thinking, turning an intern loose on one of the most important issues in Scottsdale, let alone the front page of the Republic?

I remember when the Republic got rid of a bunch of seasoned reporters with solid historical knowledge of Scottsdale issues. They were replaced by less-expensive graduates of ASU’s Cronkite School who were more easily manipulated by folks who get paid to do such things (as opposed to concerned citizens who have real jobs and lives outside of fighting government).

Now even THAT’s too much overhead? Maybe they should just turn the Republic into a blog and let a bunch of high school kids do the reporting?

It only took me until the third paragraph to encounter the second glaring problem:

As the city expands, it must balance the fight to preserve the natural desert with the need for mid-range housing to accommodate new workers and families moving to the Valley for tech and financial jobs.

Two problems, in fact: 1) Scottsdale is pretty well done “expanding.” Our boundaries are, for all intents and purposes, fixed. 2) The only “need for mid-range housing” is in the minds of developers and those who feed at that trough.

There may be a lot of DESIRE and/or DEMAND for “mid-range housing” among prospective home buyers. But it is an entirely false premise to base an article on an issue of this importance on some unfounded “need,” and/or to continue to propagate the logical extension: That government somehow has a responsibility to fulfill it…especially over the wishes of the existing residents. Many of these citizens stated clearly their preference for low density when they ratified (thus making organic law, like our federal and state constitutions) Scottsdale’s 2001 General Plan for development.

Which brings me to the next problem with Sheffo’s article: She references Scottsdale’s 2001 General Plan exactly NEVER. The most important land use document in the city (and, as model for legislation requiring a general plan for all large cities, one of the most important such documents in the State) didn’t even rate a mention. The General Plan expresses the VISION of the citizens for the growth and development of THEIR city.

Kudos, however, for exploring the Environmentally Sensitive Lands Ordinance (ESLO) and the Hillside Ordinance which preceded it (both, I might add, were approved by the city council, thus NOT organic law). And kudos for consulting former councilman Bob Littlefield, and community advocates Sonnie Kirtley and Howard Myers.

Bob’s comment undercuts one of the primary arguments of developers:

[The ESLO] doesn’t say you can’t develop, but what it does is limit the development to make it more sensitive.

So in other words, the developers’ gripes are because they have to build to a higher standard!

To her credit, Sheffo pretty much says this at the beginning of the article:

While the policy is designed to protect the land and residents and not to deter growth, the extra cost of meeting the regulations has discouraged some builders and developers from starting more projects in the region.

But then she goes on to undercut the argument immediately:

Some analysts also say neighbors who want to preserve the desert play a larger role in stalling construction than the higher price tag.

Herein lies yet another problem: What Sheffo doesn’t know (because she hasn’t been around or hasn’t been paying attention), is that most of the contention has to do with density upzoning cases and council-level (NOT citizen-ratified) amendments to the General Plan. And the developers are ALWAYS asking to dilute our development standards, which have otherwise proven to keep property values up. And the citizens/project neighbors almost always LOSE these battles.

Furthermore, as someone (I think Chris Schaffner) observed a couple of years ago: Those developers could begin to build ALMOST IMMEDIATELY if they were willing to build to existing zoning and development standards!

Most of the rest of the article is worthless whining by wealthy developers who want to trade your property values for their profit, save for the comments by Littlefield, Kirtley, and Myers. So, I won’t belabor the point any further.

However, Sheffo captures the issue pretty succinctly with this statement:

…while most north Scottsdale residents agree that it’s best to grow slowly or leave the land alone, builders and developers see a different version of what’s best for the city.

But the ball gets dropped at that point, which would have otherwise been a great place to insert the question:

Who’s version–who’s VISION–should take priority? The for-profit version by the developers? Or the citizen-ratified 2001 General Plan which the developers and their cronies on the City Council seek to usurp?