Susan Bitter-Smith, Corporate Regulator (not so much) 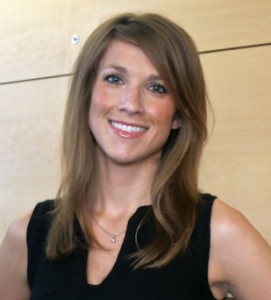 I was a little hard on KJZZ’s Kristena Hansen recently for her one-woman crusade against the fundraising efforts of the Police Officers of Scottsdale (POSA) organization. I was somewhat amused by Kristena’s finale on that subject. She reported that POSA severed ties with the contracted telemarketer doing their fundraising, implying it was because of, “…a media firestorm just before its 12th annual Christmas Shop With A Cop event for underprivileged children.” I’m not sure if that “firestorm” actually caught on anywhere other than KJZZ.

Hansen went on to report that after the president and CEO moved on,

“…back at POSA…this year may be Shop With A Cop’s last Christmas for them.”

Having participated in several Shop-With-A-Cop events and seeing firsthand the hundreds of kids who were touched by POSA members and volunteers (though never seeing Ms Hansen in attendance), I wonder what’s actually been accomplished here. Now that Ms. Hansen has won an award for her efforts (which probably says more about the dismal state of the media in Arizona than the quality of her work), I doubt we’ll see any reporting on the aftermath. 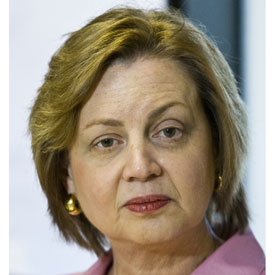 However…I will give Ms Hansen credit for her recent story on conflicts of interest and ethics (or lack thereof) regarding the Arizona Corporation Commission, and chair Susan Bitter-Smith.

Seems Ms Bitter-Smith is both a registered lobbyist for Cox Communications, and was elected to a position in which she votes on regulations for the Cox telecom subsidiary.

I’ll let you read Kristena’s article for the details, but here are some more that don’t appear therein:

Bitter-Smith began her political career on the Scottsdale City Council, not exactly a hotbed of ethical behavior lately. She then went on to the Central Arizona Water Conservation District board (which manages the Central Arizona Project canal), but also owns (and still runs) a lobbying and real estate development consultancy called Technical Solutions with her husband Paul Smith. Technical Solutions primary modus operandi appears to be undermining residents’ efforts to resist out-of-control rezoning problems and high density housing projects.

Bitter-Smith’s agents event went so far as to call in false reports to police against residents who were observing and recording her petition gatherers; in one case, reporting a citizen-observer as “…a pedophile filming young children…” outside a city library.

…We offer solutions to even the most difficult and pressing matters at all levels of project completion and governmental approvals for you and your business.

I find it ironic that Susan’s bio on the Corp Comm website lists her as, “Past Chair of the Walter Cronkite Foundation.” This, of course, implies a connection to the Arizona State University Walter Cronkite School of Journalism, of which the esteemed Ms Hansen is a proud 2010 graduate. However, a quick Google search reveals no information on the similarly-named “foundation,” other than on various pages where Susan’s bio appears. It is also not listed with the Arizona Secretary of State…or the Arizona Corporation Commission!

I hope Kristena will keep up the pressure on this story with at least as much vigor as she pursued POSA. I think there’s a LOT more to this one.

On a tangential note, Dustin Gardiner co-authored an election-eve Arizona Republic article on Phoenix’s election for Proposition 104 funding, which is largely targeted at raising taxes to fund light rail development. Gardiner and Brenda Goth note that,

MovePHX, the committee backing Prop. 104, has spent more than $800,000 since June 1, according to campaign-finance reports filed with the city. Prop. 104 is a 35-year, $31.5 billion transportation plan that would triple the city’s miles of light rail, increase bus service and fund road repairs.

The campaign received about $648,000 in donations and in-kind contributions between June 1 and Aug. 13, bringing the total raised to just over $1 million since it was formed in March. Major donors include construction companies, engineering firms and the Arizona State University Foundation for a New American University.

I’m not going to spend the time to try to look up this foundation. However, I wonder if Ms Hansen will take the time to look into how it raised this money, and whether or not the donors realized it was going to be spent on political campaigns.