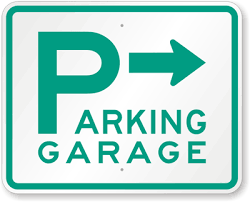 Lynn Hume (@BondBuyergirl) of The Bond Buyer reported this week that tax-free muni bonds issued by the City of Scottsdale’s “Municipal Property Corporation” (aka, “MPC”) to pay off a deal with Scottsdale Fashion Square may not comply with the federal tax code.

An IRS agent told the MPC, a nonprofit that can issue bonds on behalf of Scottsdale, Ariz., that the Service planned, to send it a “notice of proposed issue” as part of an audit of the $65 million tax-exempt excise tax revenue and refunding bond issue. A notice of proposed issue identifies areas of alleged non-compliance with tax laws or rules…

On March 12, the IRS agent informed the MPC that it would “challenge the allocation of a portion of the proceeds of the bonds to refinance the initial lease term of the existing municipal Scottsdale Fashion Square Partnership Parking Garage Lease Agreement.”

…according to a city council report, published in January 2013, the city had entered into a lease agreement with the Scottsdale Fashion Square Partnership, now Scottsdale Fashion Square. Under the lease arrangement, the city would have use of the Nordstrom’s Garage beginning in 1998 for 50 years. The total rent was to be $31.375 million to be paid in installments over the first 30 years of the lease, with interest accruing on the unpaid portion at the rate of 9.14% per anum.

The city was authorized by the city council in December 2012 to prepay the rent. After the city gave SFS notice of its intent to exercise the prepayment option, there was a dispute as to whether the accrued interest would be included in the final payment. The parties negotiated a settlement under which the city would pay the $31 million, but give SFS two credits against development fees, each $1.25 million, one that would have to be used within five years and the other within 10 years. The city also agreed to waive the purchase option, according to the city council report.

The “Background” statement from the city council report dated 1/8/2013 gives more details about the 2012 settlement. It is reproduced below this article.

The specifics of the IRS objections are not clear from the Bond Buyer article. However, one can presume that a fundamental prerequisite of a tax free municipal bond–that the proceeds be used for a substantially public purpose–has not been met.

This is not unlike the “City North” legal case, where there was a challenge to the notion of public purpose of using taxpayer money to fund construction of a parking garage for a large shopping center. In my opinion, a municipality leasing a parking garage from a private (and very large, and very profitable) luxury shopping mall owner for the owner’s patrons (ostensibly, “the public”) to have a place to park while shopping is ludicrous. Yes, folks who use the Nordstrom parking garage COULD simply leave there cars and go for a stroll down the canal without shopping. However, I believe that in reality the number of folks who do that is so small you couldn’t even count them.

Thus, the “lease” payments (and whatever prepayment schemes followed) are simply a way of doing a backdoor financing deal for the construction of a private benefit. After all, the developer (Scottsdale Fashion Square) surely borrowed against the lease to fund construction, and perhaps against the prepayment to finance the recent expansion of the mall itself.

Former Scottsdale mayor Sam Kathryn “911” Campana gets the blame for the original 1998 Nordstrom garage scam, along with her successor, Mary Manross, who was at that time a council member.

But current Scottsdale Mayor Jim Lane and his city council cronies crowed loudly about how much money the 2012 prepayment was saving the taxpayers. What they should have done is stop the payments altogether. Now they’ve REALLY created a mess, wherein bond buyers may wind up suing the city if they become liable for income tax on bond interest.

And I have to take an obligatory poke at the Goldwater Institute, which has done plenty of crowing of their own about their role in the City North case–which was prosecuted against a Democratic political adversary (the mayor of Phoenix)–while ignoring similar (or worse) transgressions committed by a so-called “Republican” political ally (Jim Lane).

I wonder if similar public purpose tests for bonds issued to do construction work at the PGA-leased TPC Scottsdale Golf Course and the Phil Mickelson-controlled McDowell Mountain Golf facility will prove problematic in the future.

And don’t forget about bonds issued by the Scottsdale Industrial Development Authority to retire some older, higher interest bonds for Scottsdale Healthcare (now Honor Health); and for construction of Notre Dame high school; among others.

In 1996 the City entered into the SFSP Garage Lease Agreement (the “Lease”) with the Scottsdale Fashion Square Partnership, whose successor is Scottsdale Fashion Square LLC. The Lease provides for the City to have use of the property generally known as the Nordstrom’s Garage (the “Garage”), located north of East Via Soleri Drive and west of Marshall Way. The Lease period begins in 1998 (upon completion of the Garage) and runs for 50 years with four 25-year extensions at the City’s option. If the City exercises all four extension options it has the right to purchase the Garage for $100,000 at the end of the final option.

The total rent is $31,375,000.00 to be paid in installments over the first 30 years of the Lease, and with interest accruing on the unpaid portion at the rate of 9.14% per annum. The City has the right to pre-pay the rent, and, as authorized by the Council on December 4, 2012, when it approved Resolution No. 9236, the City has exercised this right with the payment being funded through the issuance of Municipal Property Corporation bonds.

After the City gave SFS notice of its intent to exercise its prepayment option, it was determined that there was a dispute between the parties as to whether accrued interest was included in the final payment. The parties then negotiated a settlement, subject to Council approval, that provides the City to pay $31,000,000, plus give SFS a credit against development fees of $1,250,000 that must be used within 5 years, and a credit against development fees of an additional $1,250,000 that must be used within 10 years. Additionally, the City agrees to amend the lease to waive the purchase option it would have at the end of the fourth extension of the Lease, which would occur in the year 2148.

Contract No. 2013-012-COS contains the terms of the proposed settlement.