I’ve been a little busy lately, but I have been recently amused by the news of the Cave Creek council recall that saw four incumbents dumped this week. The Arizona Republic covered the story (“Final results“) with a thin veneer of “journalism” that lacked any depth of the issues underlying the battle of wits–or half-wits, or nitwits–leading up to the recall.

As you may know (if you pay any attention at all), Cave Creek has threatened in the past to wrest the title of “The West’s Most Western Town” from Scottsdale, and pols on both sides of the common border have generated some PR out of this non-issue.

If you read the campaign rhetoric of both sides in the recall, you’ll see a lot of themes in common with Scottsdale politics, chief among them concern about fiscal mismanagement and development/density/gentrification issues. Granted, Cave Creek is a little behind Scottsdale on the development problem. 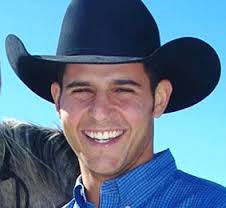 In addition to a staggering debt, unchecked pressures from urban sprawl, and uncertainty about the future of the Town’s annexed open space, the Council had to tackle massive failures in the Town’s utility infrastructure, a poorly run court system, the sabotage of the Taste of Cave Creek by the outgoing Town Manager, and more.

Trenk goes on to brag about a long list of “achievements” which supposedly addressed these issues. I won’t get into the list here, but I do note that many of them sound exactly like solutions that need to be advanced in Scottsdale. More on that in a moment.

I also saw on Trenk’s website a dead link complaining of, “repetitious lies propagated by the Sonoran News.” I’d love to have seen those “lies,” and I’d bet you a boot that Trenk killed the link to avoid getting his butt sued for libel.

Speaking of suing, I’ll interject at this point that the young Mr. Trenk is himself an attorney…in the employ of one “Rose Law Group,” where his specialities are listed as “land use, zoning, public policy, lobbying, community relations, litigation and business law.” So he’s a zoning attorney. Whose boss is married to the campaign PR manager for Scottsdale’s mayor Jim Lane, none other than Jason Rose, the polo panhandler (subsidized unwittingly by the taxpayers of Scottsdale).

This isn’t the first rodeo in which Trenk’s been bucked off. A few years back he got elected to, and removed from a Cave Creek council seat, during which he claimed he was a legitimate CC resident (a requirement for election to council, obviously) by virtue of drinking to the point of impairment…which required him to take up weekend residency at his CC home…which was otherwise rented to a tenant. Confusing, I know. See “Drink Till You Become A Resident” for a longer explanation. I think we’ve seen some of this sentiment with the massive housing projects under development in Scottsdale’s bar district!

In fact, Jason Rose may have helped with those projects. A good portion of his revenue is derived from shilling for high-density housing projects in Scottsdale.

On the other side of the Cave Creek Council recall is Sonoran News publisher Don Sorchych. He said in a column last week,

These winning candidates are there for the right reasons; they want to keep the good in Cave Creek and improve what needs improvement. They are not on a power trip like the slate was, nor would they even consider what some outsiders wanted, which was to sell off town assets. I think the voters were responding to deny the practice of New Jersey politics in Cave Creek. They did not want Cave Creek to be the stepping stone for Adam Trenk’s political ambitions either, with his legal abuse of anyone he deemed stood in his way – all the while incurring huge costs to our town.

Sorchych has complained (via his SonoranTruth.info, and in Sonoran News) about Trenk’s residency issues; wasting of tax dollars on pet projects; and having a potential conflict of interest with regard to Rose Law Group’s lawsuit against Cave Creek on behalf of controversial buffalo man, TC Thorstenson. Rose Law Group also contributed heavily (and unsuccessfully) in the recall against Trenk & Co.

I gather that Sorchych opposed Thorstenson’s plans for redeveloping his property, which as I recall included a western entertainment venue. That’s ironic, considering Sorchych supported and campaigned actively for the decidedly non-western Walmart in Cave Creek.

Clearly Sorchych has more than a fair share of self-inflicted PR problems, including bashing the owner of a local, successful Cave Creek eatery, for having worked in the past as an adult dancer.

Other Sorchych non-fans include a former Cave Creek vice-mayor (not Trenk) and his wife who sued for defamation; a neighbor who Sorchych appears to have stiffed for maintenance costs on a common easement; and a competing (now defunct) Cave Creek newspaper called “Desert Advocate,”the owners of which filed an unsuccessful defamation lawsuit against Sorchych.

So, as I said at the beginning, this whole story basically boils down to a battle of the nitwits. The real lesson here is that despite the rhetoric, neither side really cares about anything but control and advancing their own agenda, forgetting entirely what the residents of Cave Creek want for the long term health, quality of life, and fiscal sustainability of Cave Creek.

Unfortunately, Scottsdale has the same problem, and the cross-pollination of the personalities between the two communities only highlights it.