Several days ago I was alerted by Scottsdale Arizona News of yet another Scottsdale bar district shooting incident. I’ve been wondering how long it would take the Scottsdale Republic to pick it up. I guess we’ll have to wait a little longer.

I’m also a bit surprised that it took Public Safety Director Alan Rodbell’s office so long to issue a statement, and I wonder how long it would have taken had they not been pressured by SAN for more information? Here’s the statement:

On 12/16/2014 Scottsdale Police Detectives arrested a female subject for the shooting of a 24 year old male subject in the early morning hours of Sunday December 14th 2014. On that night the victim and suspect were involved in a verbal altercation outside of the night club Red Revolver-7316 E Stetson Drive. The two separated and left the area.

A short time later the victim was walking in the alley south of 7300 Stetson Drive when he was shot in the lower leg by a subject in a passing SUV. Through witness statements the shooter was determined to be the same female that had been arguing with the victim earlier in the alley.

Investigation led to the identity of that female. She was arrested on the 16th near her home in Glendale, AZ. The male victim received a broken leg requiring surgery as a result of the gun shot, but is expected to make a full recovery.

Witness interviews are ongoing at this time. The name of the suspect will be released at the conclusion of those interviews.

Of special note, the incident occurred on the 14th, and the suspect was not arrested until the 16th. I sure would have liked to have had some more timely information in the interim about this threat to public safety!

It is rumored that the victim is or was a bouncer at Red Revolver and that the suspect was a patron. That echos the recent conviction and 18-year sentence of Ian McDonald for the January 2013 stabbing murder of Martini Ranch bouncer and former ASU football player Tyrice Thompson.

SAN also reported on December 16th about the arrests on 12 December of eight bar employees for not having “security guard” licenses, which I’m sure will be embarrassing to Scottsdale Mayor Jim Lane after his highly publicized bar safety plan efforts. Yet, no statements were issued by the SPD PIO and no coverage was forthcoming by the Republic of those arrests.

And again a nod to SAN for picking up this bar-district-related upcoming City Council agenda item:

You may recall that Cody Clark is the Kansas university student injured almost two years ago by a driver who got plastered in the bar district before he plowed into the back of pedicab in which Clark and a friend were passengers. 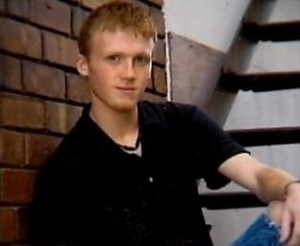 Now Scottsdale taxpayers will have to contribute another involuntary million-dollar (including legal costs for outside counsel, etc) subsidy to the bar district. I guess this is more of Jim Lane’s “struggling with success” in the bar district.

Our Downtown Entertainment District finds itself struggling with success. It is the kind of challenge that hundreds of other cities around the nation wish they had.

Unfortunately, the net to the family after their legal fees will probably be barely adequate to cover the cost of medical care for Cody, who will require assistance for the rest of his life.

The Scottsdale City Attorney was adamant early-on that the city had no liability and would fight the lawsuit. I wonder if Mayor Lane and a few of the city council members were motivated to settle by subpoenas related to campaign contributions from the liquor industry?

And why isn’t this news in the Republic? Is it not news?

This is starting to look like a disturbing trend of delaying release of bad news relating to the bar district. I wonder if there’s been political pressure to muzzle SPD, and I wonder if the Arizona Republic editors are bowing to pressure, too?

Quote of the Day: Apathy and Delirium

Jim Lane does a Travolta