100 Ounces of Beer, What Could Go Wrong?

It has been awhile since I exercised my higher-math skills, but I think 25 x 4 = 100 ounces of beer. That’s equivalent to about eight 12-ounce beers. Even if stretched out over the extended duration of VIP hours (6) the average sized adult will leave the event right at the legal limit for DUI.

For a city awash in DUI arrests and a couple of very high-profile DUI-related personal injury lawsuits (one resulting in death of a minor: Scottsdale Hotel Valet Negligence Kills 14-Year Old), it seems like a remarkably dumb idea to have such an event on city property, and advertised on the city’s website.

Who’s idea was it? Mayor Jim Lane, and incumbent candidates Dennis Robbins and Linda Milhaven all voted for it, among others. Of course, as previously noted on ScottsdaleTrails, they are all firmly in the control of the bar/liquor industry lobby.

One presumes that the crack legal team headed by City Attorney Bruce Washburn (performance review coming up Tuesday night) told the council that this was ok…and legal.

Thanks are due to keen ScottsdaleTrails readers who brought this to my attention.

[It is unlawful] For an on-sale retailer or employee to…deliver more than forty ounces of beer, one liter of wine or four ounces of distilled spirits in any spirituous liquor drink to one person at one time for that person’s consumption…

Oh, and, I almost forgot: One of the bands featured for the event is “Recipe for Disaster.” Talk about self-inflicted irony! 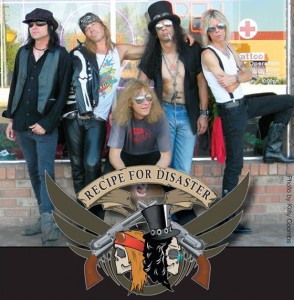