In case you don’t subscribe to the ScottsdaleTrails Twitter feed or follow the ST Facebook page [and why not?], I posted a link last night to a story about Jim Ardis (said to be a Republican), the mayor of Peoria, IL (home of construction equipment mega-manufacturer Caterpillar) ordering police to track down whoever was responsible for a parody Twitter account mocking him.

Sounds like a page right out of the book written by anti-First Amendment AZ so-called Republican incumbent legislator, Michelle Ugenti. You may recall that I ridiculed Ugenti early in 2013 for sponsoring a bill to make such parodies a felony in AZ.

Peoria police got a warrant, raided a home, seized property, and detained three people for questioning. The Twitter account, @PeoriaMayor, has been suspended.

A follow-up story reports that the ACLU has sued the mayor, other city officials, and the police department on behalf of the Twitter user whose civil rights were violated.

The most disturbing part of the story to me is that three judges were separately involved in facilitating this action. The Peoria Journal-Star reports that two judges (Kirk Schoebein and Lisa Wilson) signed off on warrants to get information from Twitter and Comcast. A third judge, Kim Kelley, approved the actual raid.

I guess this just goes to show that AZ Republicans (and AZ jurists) don’t have the exclusive franchise on stupidity and hypocrisy. Surely we (Republicans) can do better?

Let’s hope Ardis and Ugenti are soon shown the door back to ignominious obscurity.

Is Public Safety Really A Priority? 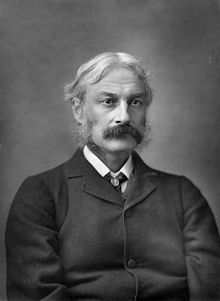 Quote of the Day: Drunks and Lamp-Posts