Laurie Roberts did a great job hitting the highlights (?) of Arizona politics with a recent AZC/AZR article.

However, she failed to add one of my personal favorites: LD 23 state rep Michelle “Family Values” Ugenti, who is attempting to hide behind ‘legislative privilege’ in order to prevent her soon-to-be ex-husband from forcing her to turn over text message conversations with a paramour [Capitol Times]. 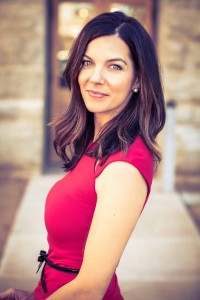 Now normally, I wouldn’t give a hoot about a politician’s personal life. We all have problems, and it’s unfortunate that there are some otherwise-good (meaning they serve us well) elected representatives who fail to live up to impossible standards of perfection.

On the other hand, there are many politicians who get away with profound damage to the democratic process, while advancing themselves under the banner of moral perfection. In Ugenti’s case, she held herself up as a model for others…and is now hiding behind a ‘privilege’ not available to the rest of us.

You may also recall that Ugenti tried to introduce legislation to make “online impersonation” a crime after she was ridiculed unmercifully by a Twitter parody account–@RubbingUGently–which started out by poking fun at a distasteful Ugenti sexual innuendo caught on video during a late afternoon legislative subcommittee meeting.

As far as I know, Michelle is technically still running for re-election (against Scottsdale City Councilman Bob Littlefield and unknown Chuck Schmidt). However, I have it on good authority that she has not been seen at any campaign events lately.

I’d say ‘stick a fork in her, she’s done,’ but then, I’ve also said that about the targets of Laurie’s lampooning, too, and most of them have been re-elected before.

Still, I wonder how many of Ugenti’s endorsers are going to continue to embrace her. I note among them, Scottsdale Mayor Jim Lane and County Supervisor Steve Chucri, both shameless promoters of Scottsdale’s human zoo bar district. John Kavanagh is also on her speed-dial. I’m sure that Kavanagh opponent Paula Pennypacker will enjoy a little of the spillover.

It’s summertime, as the old song goes, and the livin’ is….well, OK, maybe it’s not so easy. It’s Memorial Day weekend, after all, and that means we’re about to venture forth once more into jaws of hell.

Fortunately, this is Arizona where there is always something to distract you from the blast furnace that is our endless summer. We live in a virtual theater of the absurd, a place brimming with blockbuster entertainment sure to get your mind off the mercury.

There’s Gone with the Wind, the story of the once unavoidable and now mostly mute Joe Arpaio, silenced, it seems, by a federal judge who takes a dim view of racial profiling.

There’s It’s a Wonderful Life, chronicling the life and times of Clarence Carter, who continues to run one of the state’s largest agencies even after his masterful leadership of Child Protective Services. (Nudie pics of Gov. Jan Brewer in his hip pocket, perhaps?)

There’s The (Sour) Grapes of Wrath, set to play out all over the state, as Republicans in the Legislature fend off electoral attacks not from Democrats but from members of their own party – tea party types who are still grinding their teeth into nubs over last year’s vote to expand Medicaid in Arizona.

Here are a few of my favorites, now playing all around you:
GONE WITH THE WIND. (Photo: The Republic)

Catch Me If You Can. This action-packed adventure stars everybody’s favorite attorney general as he dodges nosy reporters, FBI agents, county attorneys, whistleblowers and fellow Republican officeholders who plead with him to bow out of the race to determine who will be Arizona’s next chief enforcer of laws. At every turn, Attorney General Tom Horne puts on his baseball ca… er, I mean, his thinking cap as he eases his way through a series of sticky situations while chasing that oh-so-elusive prize: re-election. Watch as he tries to outrun questions about whether he violated laws governing campaign finances and what state employees can do while collecting a state paycheck. But the real cliffhanger: will Horne be able to maneuver around inconvenient moral questions? Can he convince voters that it’s perfectly acceptable for the attorney general of the state of Arizona to ding a parked car and take off or to skulk through parking garages en route to a lunchtime rendezvous with his suspected mistress, a woman he hired to six-figure state job? You won’t be able to turn away as Horne explains that he’s a victim of politically motivated attacks by, well most everybody. Easily, the most unbelievable story of the summer.

Honey, I Shrunk My Re-election Chances. The often-hilarious adventures of Sen. Don Shooter, who coasted into office in 2010 after promising to give back 10 percent of his salary to help balance the state budget. Fast forward to early 2014 and the senator was singing a different tune: “Give us a raise, we’ll buy our own tickets,” Shooter told a reporter, explaining why he opposed a ban on freebies. Add in hidden-camera footage of Shooter toting around what looks to be a bourbon bottle at a swank lobbyist event, a not-so-hidden police report of Shooter barging into his grandson’s school and campaign-finance reports that show he either drove enough miles while campaigning last year to circle the globe one and one-half times or used donor money to pay personal expenses…and hilarity ensues. Can Shooter hang on to his seat, representing a district spanning from Yuma to Litchfield Park or will challenger Toby Farmer knock him off in the Aug. 26 Republican primary? Hands down the funniest story of the summer — unless you’re Don Shooter, that is.

Crouching Tiger Hidden Campaign Attack. A sinister who-dun-it about the dark money that will play a larger-than-ever role in this year’s gubernatorial campaign. Already certain wealthy interests are crouching behind the bushes and lobbing anonymous mud pies under the cover of mom-and-pop sounding names like Citizens United for Truth, Justice and the American Way. Will voters fall for the red-white-and-blue black ops by certain interests that badly – and anonymously — want to get their guy elected? A frustrating spectacle that inevitably will end in suspense, as we’ll never find out who dun it. Or to whom our next governor might owe a big favor.

Fast (Not So) Cheap and Out of Control. The sad saga of Phoenix finances. While other cities are blessed with surpluses, Phoenix finds itself $37.7 million in the hole. Though revenues are up, fixed city expenses are way, way up. The city finally compromises on a plan to cut everybody’s pay – even though their pay will mostly still go up – and to raise taxes. Mayor Greg Stanton lauds the budget as one that puts Phoenix “on the right track” without ever really explaining when or how the city he leads got derailed. (Perhaps due in part to the former city manager who scored a 33 percent pay raise then quickly bolted before the financial sinkhole appeared?) Meanwhile, voters this fall will decide whether to do what city leaders wouldn’t: put an eventual end to the city’s lucrative pension plan and convert new civilian employees to 401K-type accounts. If the city can ever afford new employees, that is. Look for the sequel to this high-budget drama next year, as Stanton and some of his colleagues stand for re-election.

Great Expectations. The inspiring tale of Mary Rose Wilcox, a professional politician who rises above her pain in order to make a run for the golden ticket, a seat in Congress. You’ll be moved to tears – or something like that – as this six-term Maricopa County supervisor explains how her reputation was left in tatters and her emotions shredded by an overzealous sheriff and prosecutor. You’ll be amazed as she explains how scoring $1 million from her constituents – a taxpayer-supplied bonanza the county’s still appealing — will help ease her considerable suffering. You’ll be astonished as she puts out her hand once again – this time asking for a vote instead of cash. The inspirational story of a longtime public servant who seeks only to give back, as long as the giving doesn’t require her to forgo the million bucks. Rated PG (pretty galling).

Measure Twice, Cut Once: Understand the General Plan Before Changing It